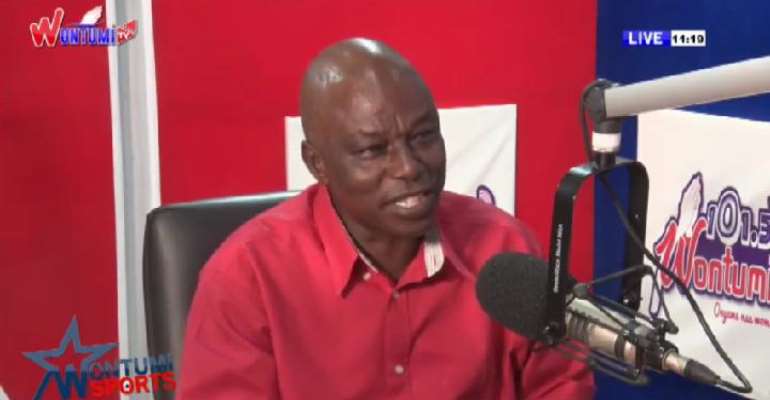 With some hours to kick off their MTN FA Cup game against Berekum Chelsea on Sunday, some section of the supporters were at the team hotel to threaten them.

After exiting the competition, head coach of the side, Mariano Barreto slammed the supporters for the barbaric act.

The Portuguese gaffer attributed their exit from the competition to the attack of the players by some section of the supporters.

However, according to Kwaku Amponsah, who is known in football circles as 'K5' believes the supporters were right to attack the players after losing the Premier League to the rivals, Hearts of Oak.

"I am surprised with the utterance of Mariano Barreto," he said.

"I was not expecting him to make those statements after the game because this is Asante Kotoko ad not any other club.

"I don't see anything wrong with supporters attacking players over poor performance. The supporters decided to meet the players and ask them to win the MTN FA Cup after losing the Premier League.

"I don't see anything with that," he added.
Asante Kotoko ended their 2020/21 football season trophyless.