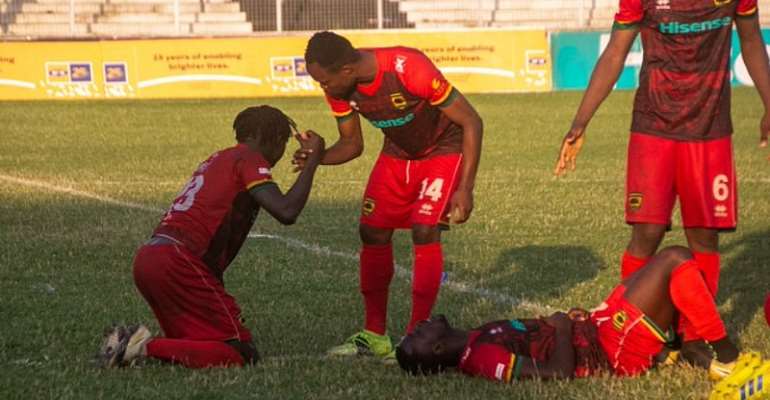 Nana Yaw Amponsah, the Chief Executive Officer of Asante Kotoko has disclosed the club will launch an investigation into the attack of players before their MTN FA Cup game against Bewrekum Chelsea.

Kotoko hosted Chelsea at the Obuasi Len Clay Stadium in their quarterfinal game on Sunday.

The Porcupine Warriors suffered a 4-5 defeat on penalty shootout to end their season trophyless after losing the Premier League to the bitterest rivals, Hearts of Oak.

After the game, head coach of the side, Mariano Barreto expressed his displeasure after some section of the fans attacked the playing body before the game.

“People who are supposed to be Kotoko supporters came to where we were having our lunch to insult our players, so most of the players played today because we told them to play," the Portuguese manager revealed.

“I have told the management to investigate and punish those supporters who did that," he added.

However, the CEO speaking in an interview with Kumasi based Oyerepa FM assured that the club will investigate what led to the attack on the players before the game.

"Coach Mariano Barreto informed management about the issue of some fans who 'threatened' Asante Kotoko players before the Berekum Chelsea game," he added.

"Management will investigate this issue and get to the bottom of it," he added.