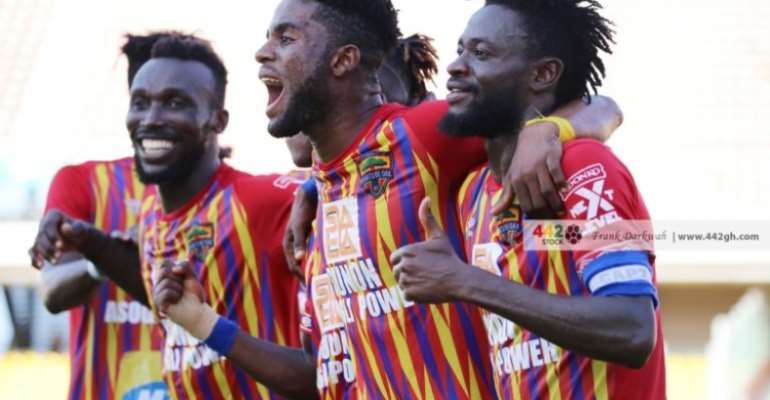 Accra Hearts of Oak captain, Fatawu Mohammed has said they are focused on winning the MTN FA Cup to make it a double.

The Phobians ended their Ghana Premier League trophy drought for the first time in 12 years under Samuel Boadu.

Hearts of Oak will be hosted by Elmina Sharks at the Ndoum Sports Complex in the quarterfinal of the game.

Mohammed, however, said the season was far from over for the team, especially where they are still working tirelessly to add the MTN FA Cup trophy to the league title.

According to him, the playing body was only thinking of ending the season with another trophy before focusing on their continental campaign next season.

“We haven’t started thinking of playing in Africa yet because the season is not yet over,” Mohammed told Graphic Sports.

“The focus now is to win the FA Cup and end the season as double champions and we are working towards that.

“Until that is done, we are not immediately thinking of next season’s Champions League participation which could be detrimental to our double target,” he added.

Hearts of Oak were coronated as winners of their 21st league title at Sogakope last Saturday and are expected to compete in next season’s CAF Champions League.

However, leading the team to break an over a decade’s jinx excited Mohammed, who thanked the management and supporters of the club for their immense contribution to that history and promised to work harder next season.

“It is an honour to lead a team like Hearts of Oak to win the league title and that really excites me.

“But I don’t have to take the credit alone because everyone in the club played a major role in seeing us end this jinx,” Mohammed noted.

Hearts of Oak will represent Ghana in the Caf Champions League next season.