Tokyo 2020: Black Bombers hail training at Inawashiro as better than ever 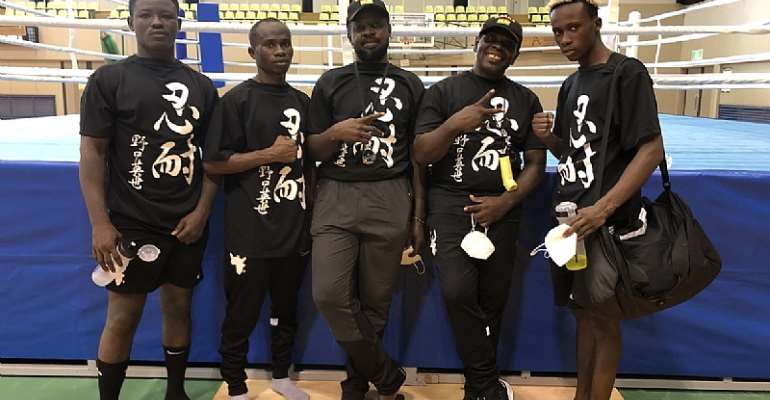 The three Black Bombers who are representing Ghana at the 2020 Tokyo Olympic Games are more than determined to achieve for themselves, their families, friends, fans and mother Ghana.

After one week of residential camping and training in Inawashiro, the boys are just more than ready to deliver.

Head coach Dr Asare told Yours Truly, the initial preparations was not all that good, however moving to the Golden Beach Hotel and the Trust Sports Emporium was better, but now the training facilities and conditions in Inawashiro, Fukushima has made them improved tremendously.

He said the Bombers are in the best shape of their lives, and he thanked the Ghana Olympic Committee (GOC) President, Mr Ben Nunoo Mensah for his vision and marvellous support in getting them the Inawashiro Support.

He commended the entire GOC leadership for their farsightedness and hoped that favour and luck will follow them to reach the top.

“We have got and done our best in training, now we need the prayers and positive thoughts of Ghanaians to get to the Games and the medal zone. The gym here at the Inawashiro Cultural Center is cool and very good, we really enjoy it and we can not fail” he expressed.

According to the experienced boxing coach, certified with three stars, they are praying for good balloting and fair officiating.

He also thanked the Mayor of Inawashiro, Mr Hiroshi Zongo and Ghana’s Ambassador to Japan, HE Frank Okyere for having time for Team Ghana and motivating them.

Coach Asare who is ably assisted by Vincent Akai Nettey noted that the Chef de Mission, Mr Michael Aggrey and the officials handling the 2020 Olympic Team have been wonderful, and they are really ready to reach the medal zone.

The Black Bomber last week engaged their Japanese ‘brothers’ who are also taking part in the boxing tournament and it was total dominance by the Ghanaians.

The friendly match saw Skipper Suleman Tetteh ending his bout with a TKO when his opponent suffered a cut which was attended to by Team Doctor, Julia Derban.

Coach Asare commended the GOC also for choosing a media attaché who is inspirational, unlike previous times when the media reported only negative news.