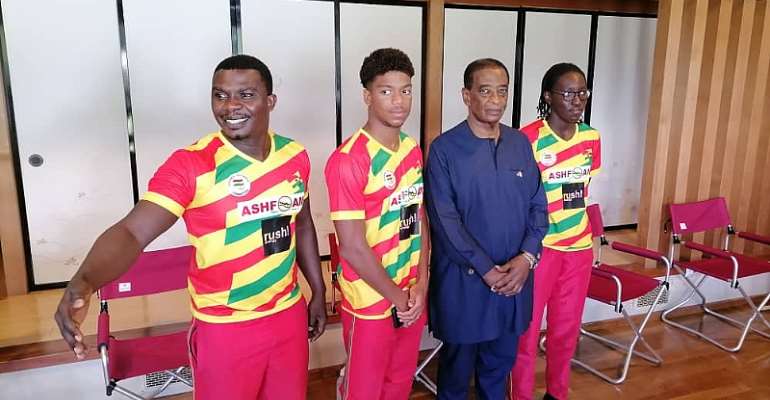 National swimming coach, Daniel Okyere Opare aka ‘BB’ has applauded the Ghana Olympic Committee (GOC) for making the right choices in terms of leadership for the Tokyo 2020 Olympic Games.

The economist/coach who is part of the Tokyo 2020 team camping in Inawashiro in the Fukushima Prefecture said he has observed that the team is intact, confident, exciting and disciplined.

Speaking at a gathering on Saturday when Ghana’s Ambassador, HE Frank Okyere came to visit the team, he extolled the new GOC Board for selecting committed and dedicated personalities who are selfless and inspiring.

According to Coach Opare who celebrated his birthday on Sunday, from the Chef de Mission to the Media Attache, everyone knows his or her job and they are working very hard to make the athletes very happy.

He observed that the Coaches, Medical officer, Covid -19 Liaison Officer and Chaperon of the Swimming team as well as the Administrative Officer are doing so well in protecting and guiding the athletes.

“In fact, I am so happy about this squad as they live like a family with everyone sharing what he or she has.”

According to the University of Ghana Swimming trainer, the affection level is so high, and he is very sure they will come home with laurels.

“Ghana won a medal at the Olympic Games so many years ago, but what I am seeing this year would be different because the athletes are hungry for success and ready to make history” he expressed.

The last time Ghana won an Olympic medal was in Barcelona in 1992 when the Black Meteors won bronze medals.