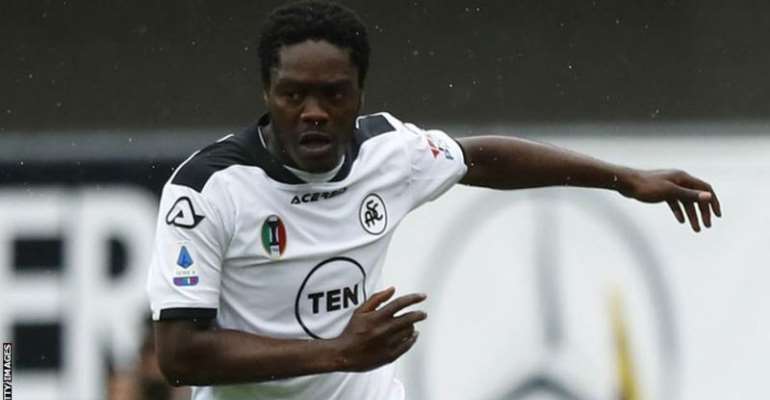 Spezia Calcio midfielder, Emmanuel Gyasi has disclosed that he was never in touch with the Ghana Football Association [GFA] prior to his maiden call up.

The 27-year-old was handed his debut call up for the 2021 Africa Cup of Nations [Afcon] qualifier against South Africa and São and Principe in March.

He equally made his first appearance against the Bafana Bafana in Ghana’s 1-1 draw at the FNB Stadium in Johannesburg.

Ghana booked an automatic qualification after that game for the tournament to be held in Cameroon next year.

“There had been some speculations about me, but I had never spoken to anyone from the Ghana Football Association (GFA) before (the call-up),” Gyasi told BBC Sports.

“Then I was finally called up! Ghana is an important football country in Africa, with thousands of good players. I am very proud of myself.” Gyasi added.

The Italy born is expected to be part of coach Charles Akonnor’s squad for the next AFCON in Cameroon.

Gyasi has been a pivot for club side, Spezia since their promotion into the Italian Serie A.