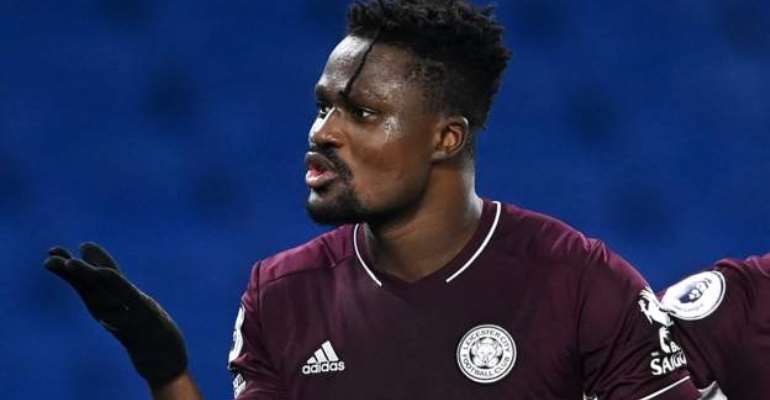 The Ghana international who has endured a torrid time at the club scored the winner against Brighton & Hove Albion to help the Foxes take home all three points.

Rogers stressed that Amartey is a fantastic footballer with great mental fortitude and he gives his best no matter the position he plays.

“He’s such a great guy, very honest to the game, been out for a long, long time and had a couple of setbacks along the way,” Rodgers told his club’s media.

“But he gives you everything, wherever you play him, he’s played in some big performances for us this year.”

“I am not sure how much he knew about it but it hit him and it went in, so we’re all happy for him.”

“He [Daniel Amartey] is a good guy, trains hard, very honest and never ever lets you down when he plays.”

Amartey netted the winner over the weekend as Leicester defeated Brighton by two goals to one.

Fix 'dumsor' or Twitter will ditch Ghana for Togo – ASEPA to...
39 minutes ago