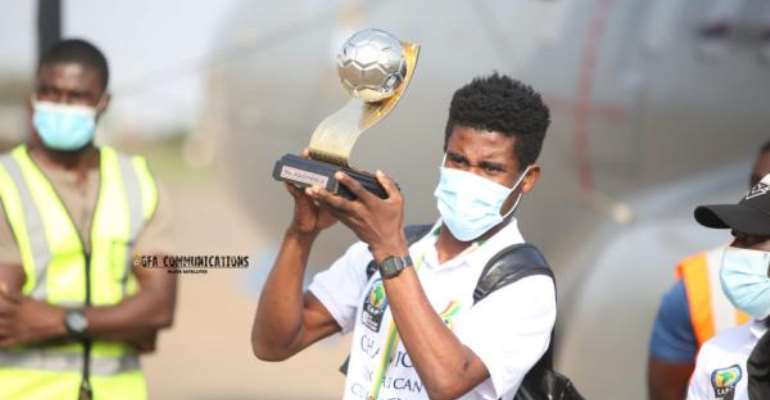 Ghana’s U-20 captain, Daniel Afriyie Barnie has expressed his readiness for Black Stars call up.

The Hearts of Oak forward led the Black Satellites to win the country its fourth U-20 Nations Cup title at the just ended U-20 Championship in Mauritania.

The budding attacker scored a brace in the final game against Uganda to help Karim Zito’s side win the prestigious trophy having also won the WAFU Zone B Cup three months ago.

”Sure I am expectant and ready for black stars call up, I am praying I get the chance because it has always been my dream and with the experience,” Afriyie told Oyerepa FM.

"I have garnered with the Under 20 tourneys I am sure I can do something for Ghana," he added.

Afriyie-Barnie put up a man-of-the-match performance in the final match against Uganda on Saturday night scoring in both halves to clinch the coveted trophy for the country.