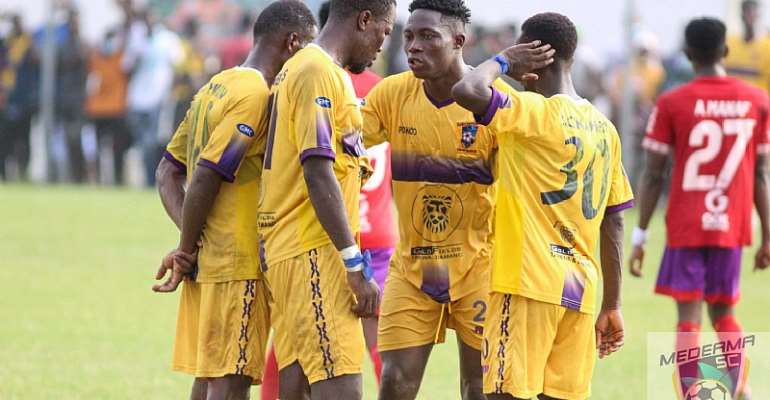 Medeama SC has given its players and technical team members a four-day break after ending the first half of the 2020/2021 Ghana Premier League season.

The Tarkwa-based club after enduring a slow start to the current football season managed to pick themselves up and now in a good position to challenge for the league title in the second round.

Over the weekend, the team drew 1-1 against Berekum Chelsea in the final game of the first round of the season to stay in the top four.

Today, a post on the website of the club has announced that they are breaking camp to give players and the technical team a short period to rest before regrouping for the second round.

“Medeama have handed a 4-day break to players and officials after ending the first half of the season in the top-four position.

“The players have been handed a well-deserved short break starting from Monday, March 8 with players expected to report to training on Friday, March 12, 2021.

“The players and technical staff have been given a ‘cooling off’ break to rebound ahead of the resumption of the 2020-21 season on March 19,” part of the communique on the website of Medeama SC read.

The club sits 3rd on the Ghana Premier League table with 27 points, and just four points behind leaders Karela United.

When the second round of the league commences, Medeama SC will play against Great Olympics.

Galamsey fight: Back off and allow law enforcement bodies ta...
30 minutes ago