U-20 Afcon: We are confident of beating Uganda to win the trophy - Black Satellites coach Karim Zito 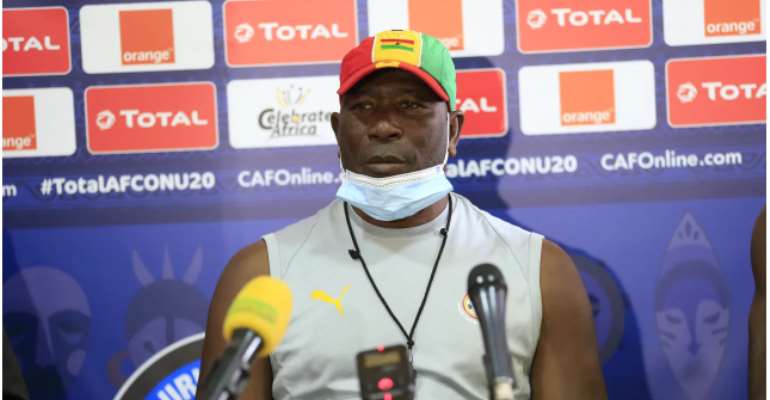 Black Satellites coach, Karim Zito has assured that his side will beat Uganda to annex the ultimate today.

Ghana will play debutants Uganda in the finals of the U-20 Africa Cup of Nations at the Olympic Stadium in Nouakchott in Mauritania.

According to Zito, as Ghana celebrate its 64 Independence anniversary, he is confident the Black Satellites will beat the Ugandans to lift the trophy.

"The fact that we have won this title before is in the past. Now we need to look at the present," he told Cafonline.com.

"We are keen to take this Cup and the biggest reason is because Ghanaian people trusted us and sent us here and it would only proper if we give them a gift especially on the day Ghana is celebrating its birthday.

"In Africa now, there are no big names or small names. Each country is improving and we know Uganda will be a tough opponent. They beat Tunisia 4-1 and it was not luck. They played well and we will not underrate them," he added.

The game has been scheduled to kick off at 8:00PM.

The Black Satellites made it out of the group stages as one of the best two third-placed teams after losing their last group match to Gambia to finish third in the group. They had beaten Tanzania and drawn against Morocco, and those two results were just but enough to push them into the quarters.

In the last eight, they match up against Cameroon, one of the pre-tournament favourites. They came from a goal down in extra time to force out a 1-1 draw and win the tie on penalties to progress to the semis.

In the last four, they were matched up against Gambia, the same team that beat them 2-1 in the group stages. This time, they proved to have done their homework right and laid down a 1-0 revenge against the Young Scorpions to sail to the final.