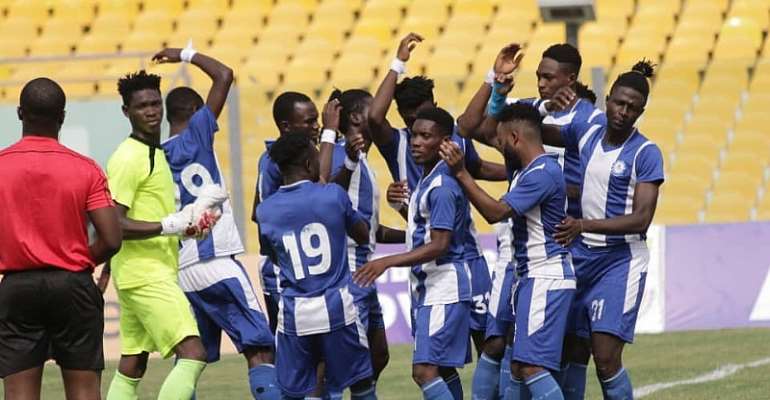 Great Olympics have climbed to second on the Ghana Premier League table after defeating Berekum Chelsea 1-0 on Friday afternoon.

The capital-based club last weekend suffered a narrow 1-0 defeat to Eleven Wonders when they traveled to Techiman to take on the matchday 15 opponent.

Today, Great Olympics played host to Berekum Chelsea at the Accra Sports Stadium keen on bouncing back with a win to keep their place in the top four of the league table.

Courtesy of a second-half strike from winger Michael Yeboah, the team has dispatched the opponent with a 1-0 win to ensure they amass the maximum points.

As a result of the win, Great Olympics have climbed to second on the league table while Berekum Chelsea drops to the 12th position.

The ‘Dade Boys’ are just a point behind league leaders Karela United and could go top if they win their next match and the team from Anyinase drop points.