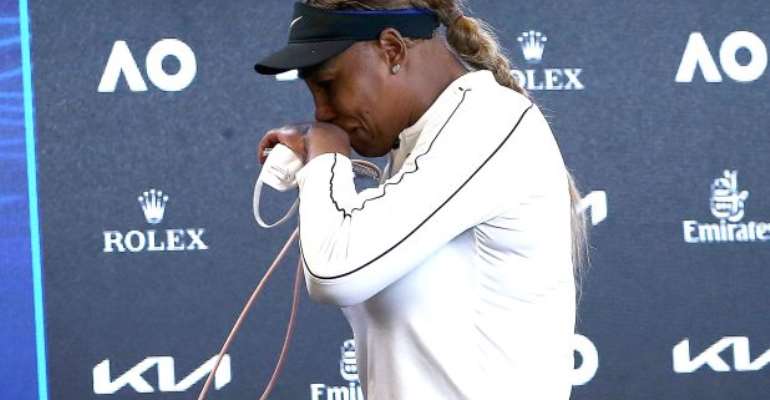 Serena Williams in tears during her post-match press conference after losing to Naomi Osaka at the 2021 Australian Open Image credit: Eurosport

Serena Williams broke down in tears before ending her post-match press conference after she lost to Naomi Osaka in the Australian Open semi-finals.

Osaka won through to her second final at Melbourne Park with an emphatic 6-3 6-4 win over the 23-time Grand Slam winner in clinical fashion.

Serena could not find her natural game despite an initially confident start and Osaka responded with plenty of big-hitting to blast her more experienced opponent off the court.

For Serena, the wait for her elusive 24th Grand Slam singles title to equal Australian Margaret Court's record goes on, and she struggled in her post-match press conference.

"It was a big error day for me today," the 39-year-old told the media after the match at Rod Laver Arena.

"The difference today was errors. Honestly, it was opportunities where I could have won. I could have been up five-love. I just made so many errors.

"I had so many opportunities, it was just, I made too many mistakes there and easy mistakes. Not like I was on the run or anything. They were just easy, easy mistakes."

On court, Williams was given a standing ovation as she departed the scene. She put her hand on her heart, smiled and waved to the returning fans on Rod Laver Arena.

When asked if that was intended to be a final farewell to Melbourne Park, where she holds a record seven titles in the Open era, the 39-year-old was not ready to say.

I DON'T KNOW, IF I EVER SAY FAREWELL I WOULDN'T TELL ANYONE.

Asked if it was just a bad day at the office Williams, who was clearly emotional at this point, was finished with the press conference.

She then left the room in tears.
Osaka will face Jennifer Brady in the final as she bids to win her second Australian Open title - having won it in 2019 - and her fourth Grand Slam.