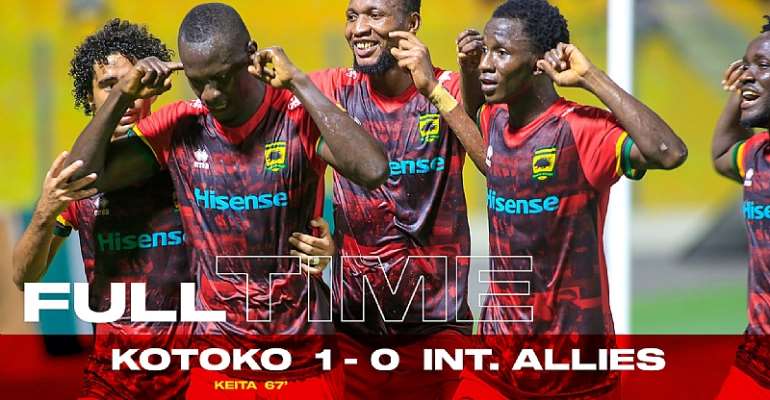 Asante Kotoko has climbed to third on the Ghana Premier League standings after posting a 1-0 win over Inter Allies FC on Wednesday evening.

The Porcupine Warriors club last weekend drew goalless with Ashanti Gold SC and finished the matchday sitting outside of the top four of the league.

Going up against Inter Allies FC at the Accra Sports Stadium today, Asante Kotoko set up strong and played attacking football in a bid to pick up a win at all cost.

At the end of the first half of many actions, the scoreline remained goalless despite the dominance of the home team.

In the second half, the Asante Kotoko players continued to push and finally had the breakthrough in the 68th minute.

A penalty kick converted by striker Naby Keita handed the team the lead while ultimately sealing the narrow win for the side at the end of the 90 minutes.

Courtesy of today’s defeat, the woes of Inter Allies FC has worsened. The team is rooted at the bottom of the Ghana Premier League table with five defeats from the last five matches.