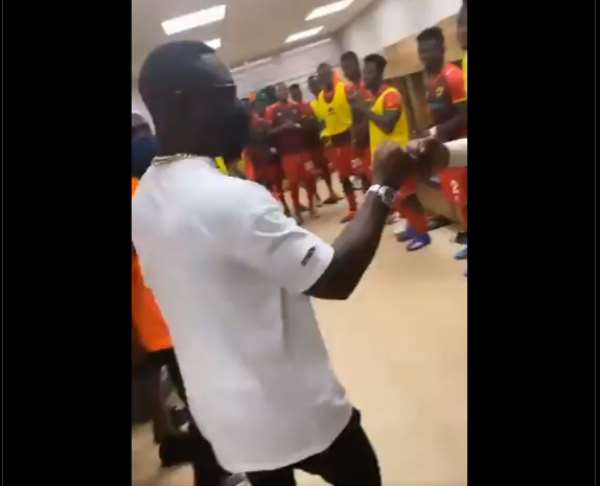 Award-winning rapper, Michael Owusu Addo, known professionally as Sarkodie was in the dressing home of Asante Kotoko on Sunday in a Ghana Premier League game.

The Porcupine Warriors hosted the two times league at the Accra Sports Stadium.

After 0-0 scoreline after the first half, the 'Azonto Fiesta' hitmaker visited the dressing room to motivate the players ahead of the second half of the game.

However, Asante Kotoko lost the game by a lone goal in the second half.

Asante Kotoko will be hosted by Ashgold at the Len Clay Stadium in the matchday 11 games.