The African pioneers who paved the way for Weah, Salah, Mahrez 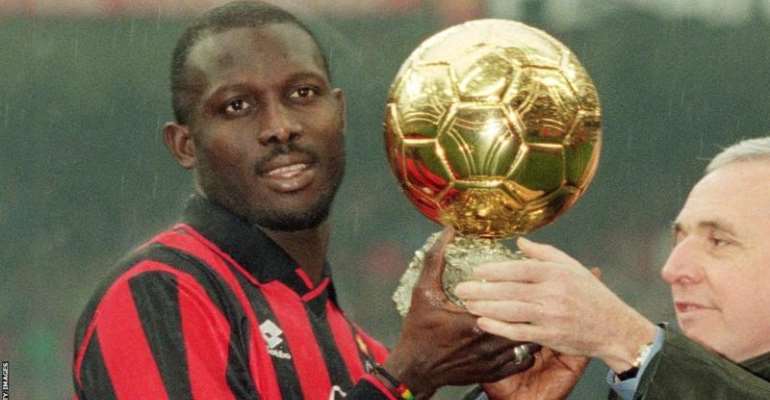 Mohamed Salah, Sadio Mane, Riyad Mahrez and Pierre-Emerick Aubameyang are among the latest African stars plying their trade at some of Europe's most prestigious clubs.

They are following in the footsteps of other greats who played at the highest level in Europe, not least George Weah who was named World Footballer of the Year in 1995.

The Liberian president remains the only African player to have won world football's top award, although Mozambique-born Eusebio won the Balon d'Or in 1965 he played for Portugal.

For decades the African continent has been a gold mine for foreign scouts looking to find the raw talent that can become the next Weah or Abedi Pele or Emmanuel Adebayor.

Unfortunately for every success story there are also countless examples of those who do not make the grain, with many of those failures down to unscrupulous recruiters.

Despite all the problems and prejudice faced by African players there have been players from the continent showcasing their skills in Europe for more than 120 years.

The BBC's Ahmed Rouaba has picked out some of the pioneers for African players in Europe. 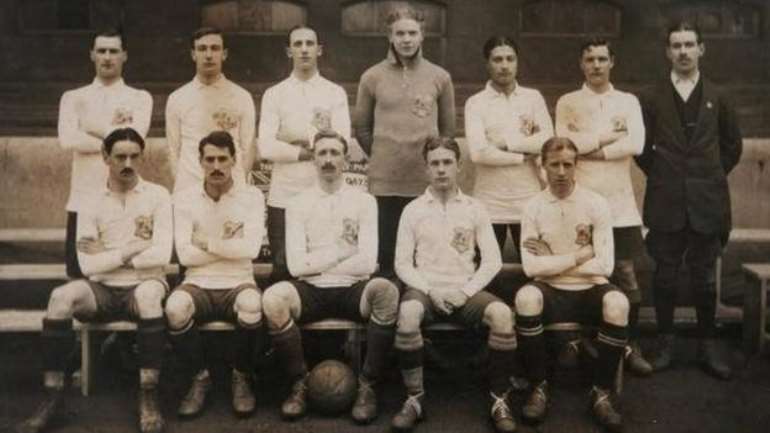 While Arthur Wharton, who was born in what is now the Ghanaian capital Accra, played for Preston North End in 1886 he left the club before they became the first-ever English league champions.

So the honour of the first African to play in the English league goes to Egyptian Hussein Hegazi, who played for Fulham in 1911.

Hegazi, who was born to a wealthy family in Egypt's Delta region in September 1891, first moved to England in 1910 so he could study engineering at the University of Cambridge.

He first caught the eye of teams in the top flight while he was playing for non-league London-based Dulwich Hamlet FC.

The Egyptian forward proved to be a sensation for the fans, who admired his agility and speed, while the local press was full of praise for the lithe striker who was able to break down opposition defences with 'magical ease'.

He also played for Egypt at the 1920 Olympics, having returned home in 1914 where he continued his career at several local clubs, including Cairo giants Al Ahly.

Hegazi to this day is regarded as the 'father or Egyptian football' and has a street named after him in Cairo. 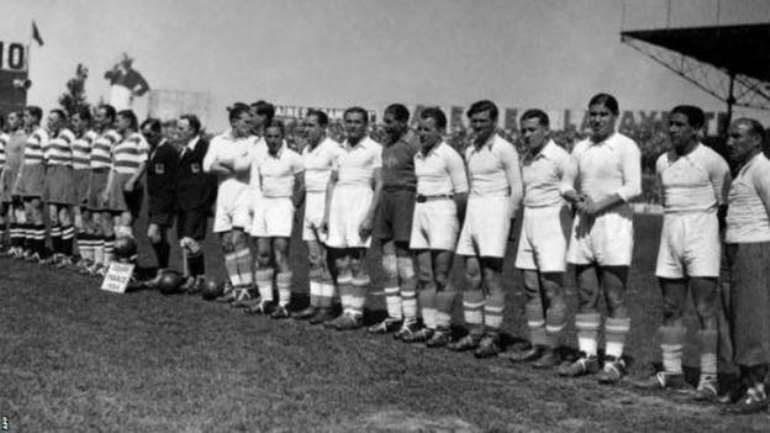 While Hegazi was leading the way for Africans to play for European clubs the close links between France and Algeria, Morocco and Tunisia also helped expose the talent available in Africa, especially the north.

This was highlighted in 1924 and again a year later when a squad of North Africans travelled across the Mediterranean to twice beat France XI's.

In 1930 Algeria's Ali Benouna took another step for the continent's footballers as he became the first North African to join a football team in France when he joined FC Sete and he was followed by compatriot Abdelkader Ben Bouali.

Benouna, was born in the province of Chlef in western Algeria, was an excellent winger known for his dribbling skills and was part of the Sete squad that took part in France's first-ever professional league in 1932.

He helped Sete to be the first side to win the league and cup double in cup in 1934 before a move to Rennes where he continued to flourish.

His outstanding performances at club level earned him a call up to play for the French national team, as Algeria was a French colony at the time, becoming the first North African to represent France.

Benouna's first game for France ended in a 3-0 loss to the then Czechoslovakia on 9 February 1936 but a month later he helped them to beat Belgium in a friendly. He returned to Algeria after his playing career and passed away in Algiers in 1980.

Over the next few years, the presence of African footballers in the French league became a much more common sight and just before the Second World War, there were around 40 players at various clubs. 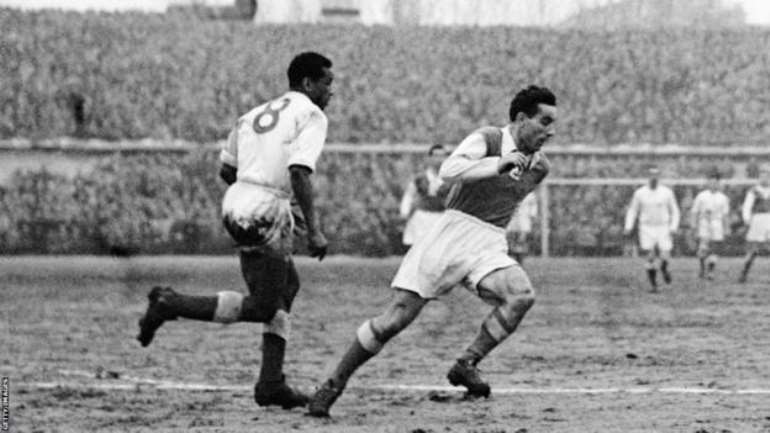 One of those who had made the move to France before the war was to become something of a phenomenon, Larbi Benbarek.

Casablanca-born Benbarek was spotted by French scouts in 1937 when he impressed the visitors while he was taking part in a game between Morocco and France B.

Recruiters at Marseille hired him the following year to play in a team alongside Algerians Riahi Rabih and Addelkader Ben Bouali, who were already first-team regulars.

The press immediately nicknamed him the 'Black Pearl' due to the colour of his skin and his enormous talent that shone on the pitch. His extraordinary technique and his finishing abilities dazzled the crowds.

He was soon be called up to play for the French National team, which with Benbarek as a playmaker was rejuvenated.

After the Second World War Benbarek resumed his career in Europe as he joined Spanish side Atletico Madrid before he returned to Marseilles.

After his long and successful career in Europe Benbarek returned home to Morocco where he died alone and in dire poverty in September 1992, with his body only discovered three days after his death. 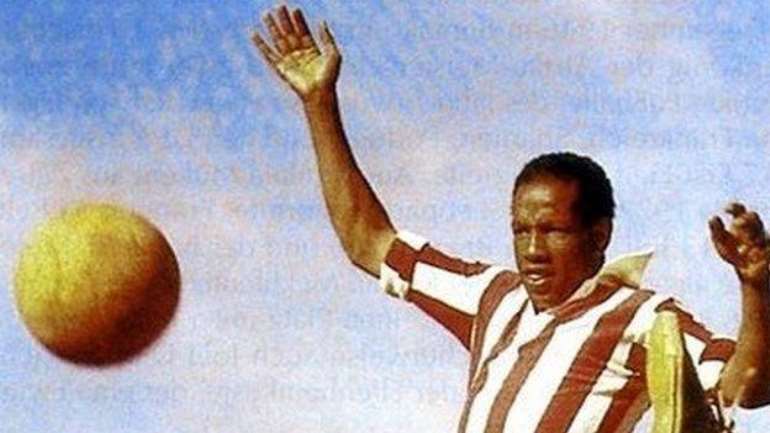 Larbi Benbarek
Despite representing France for 16 years from 1938 to 1954 he was never given French citizenship.

It was a terrible end for a man who many regarded by many as the best footballer of his era. Even Brazilian great Pele, who took over the 'Black Pearl' nickname once said: "If I am the king of football, then Larbi Benbarek is the God."

Six years after his death he was awarded the Fifa Order of Merit Award, which is the highest honour given out by football's world governing body. 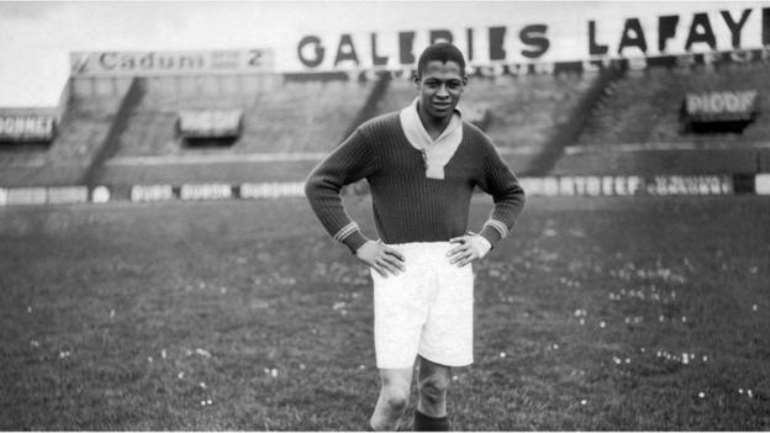 Raoul Diagne
As Benbarek was making his mark so players from Sub-Saharan Africa began to get noticed and again France led the way in recruiting the continent's talent.

Leading the way was defender Raoul Diagne, who was born in French Guiana in South America to a Senegalese father and a Parisian mother.

His father Blaise was a Senegalese-French politician and former mayor of Dakar, who was the first black African to hold a position in the French government.

Diagne, who was a defender, made his France debut against Italy in January 1931 and was part of the squad that played at the 1938 World Cup on home soil.

He returned to his father's country in 1963 to become one of Senegal's first-ever national team coaches and even led the team to a 2-0 win over a France XI in the same year. 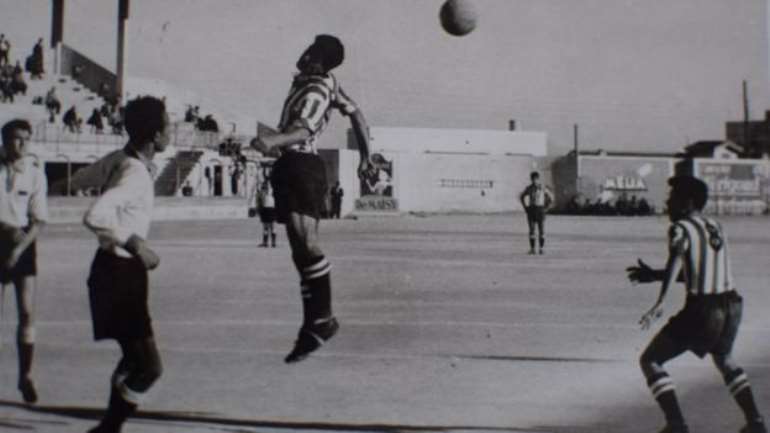 Amidst all the individual players who have put African football firmly on the global map there was also the group of Algerians who in 1958 turned their backs on their French colonial masters to set-up their own national team.

The players quit playing in France's top flight and moved to Tunisia to form the FLN team set up by the National Liberation Front, who at the time were leading the war of independence against the French colonial administration in Algeria.

For four years 'Algeria's' outlawed national squad toured the world playing friendly games in Europe, Asia and Africa, despite being banned by football's world governing body, Fifa, and protest's by the French government.

Not only did the FLN team entertain people with matches against a wide variety of clubs, select XI's and some other national side but more importantly gained support in the struggle for Algerian independence.

Whether it is teams or individual stars Africa is still producing talent that can thrill fans around the world.