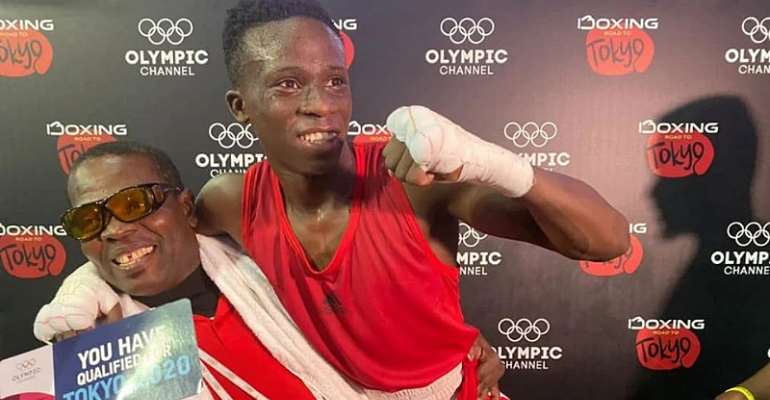 The trainer of the national amateur boxing team, the Black Bombers, Kwasi Ofori Asare, says the team will be guided by previous achievements at the Olympic Games in Tokyo to deliver a medal for Ghana.

Coach Asare believed the Bombers would be inspired by past glory to put up the best of performances in the upcoming global showpiece in July.

The late Eddie Blay won Ghana a bronze medal at light-welterweight in the 1964 Olympics in Tokyo and 57 years afterwards, the Bombers hope to repeat history.

Last week, the Bombers began non-residential camping at the Accra Stadium in preparation towards the upcoming Olympics.

While skipper Sulemanu Tetteh and Samuel Takyi prepare for the Olympics, having secured their qualification already, the rest of the squad are looking forward to participating in a final qualifier in France later this year.

In an interview with the Graphic Sports, Coach Asare was optimistic that the team would replicate the feat chalked in 1964 by returning home with a medal.

The experienced trainer revealed that the fighters train together in the morning at the Accra Stadium before working out with their respective clubs at night.

“We have a track record whenever we participate at the Olympics in Tokyo and that will repeat itself this year,” Coach Asare assured.

“With that record behind us, the team is boosted to replicate that achievement as we go back and I can assure you that we will be coming back with a medal from the Olympics,” he added.

Team Ghana are expected to intensify their preparations towards the Olympics in the coming months to enable them to make a significant impact at the Games.

Election Petition: I disagree with process of trial and ruli...
20 minutes ago