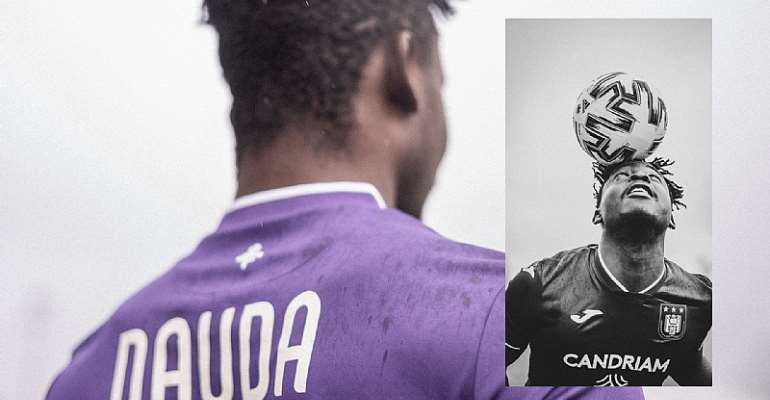 The young striker joined the Belgian Pro League giants in 2017 in a deal that saw him moving from Asante Kotoko on the back of an outstanding season in the Ghana Premier League.

Although he is yet to play a full season with the RSC Anderlecht senior team, he is still considered a top player with a lot of prospects.

With the first half of the 2020/2021 football season exhausted, the Belgian club has Dauda Mohammed in their plans for a strong finish to the Pro League campaign.

Not only is the forward in the first-team squad, but he has also been signed on a new deal that will see him play for the Purple and Whites until the summer of 2023.

This comes as a confidence booster for the player who last summer was reportedly set to have his contract at Anderlecht terminated.

He in the past couple of years has had loan stints at Dutch Eredivisie side Vitesse and Danish club Esbjerg fB.

Dauda Mohammed, 22, will now focus on working to earn more playing time at Anderlecht as the season progresses.