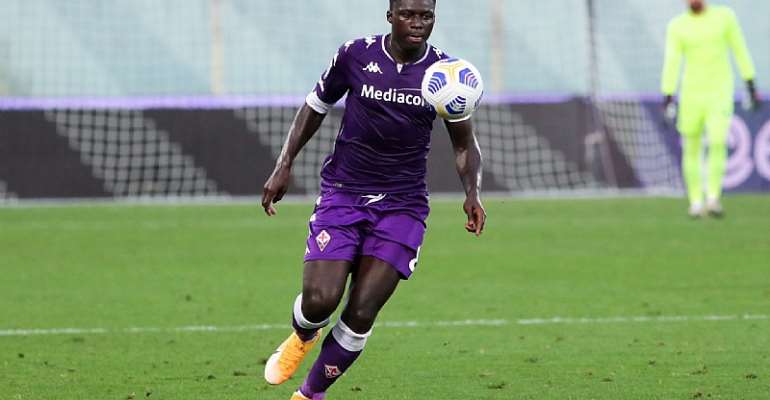 Ghana midfielder, Alfred Duncan is open to join Cagliari on loan with an option to make the deal permanent before the end of the winter transfer window.

Duncan has endured a torrid time at Fiorentina following his move from Sassuolo last summer.

Despite the interest, Cagliari are yet to reach an agreement with Fiorentina for the services of the midfielder.

However, a report by ViolaNews say the central midfielder could be on his way already one year after his move to the Artemio Franchi.

The 27-year-old signed a four-year deal until June 2024 with Fiorentina.

He has played 18 games since his move from the Neroverdi and Fiorentina are reportedly willing to listen to offers this winter.

Cagliari President Tommaso Giulini is prepared to offer a loan deal with an option to buy the Ghana international but Fiorentina President Rocco Commisso reportedly prefers a permanent deal or a paid loan with an obligation to buy.

Why was the nurse not wearing gloves? - Ama K. Abebrese quiz...
31 minutes ago