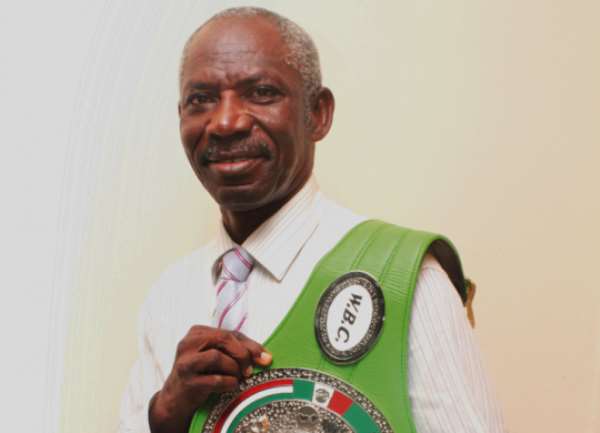 He said with the support of his manager, Tony Tojl who is based in Australia, they are managing affairs well to get the boxers in top shape before he cracks at the title held by experienced champion Cuban Guillermo Rigondeaux Ortiz or Gary Antonio Russel, one of the fine boxers in the division.

Since Plange, 32 moved up to number 2 in the latest World Boxing Association (WBA) ratings, his confidence has soared and he has stepped up his training.

He has won all his 20 fights with a draw which he feels he won against Michael Dasmarinas at the Marina Bay Sands Hotel in Singapore.

Plange, ex-captain of the national amateur boxing team, the Black Bombers is one of the most loved boxers and many Ghanaians believe he can become a world champion.

According to Boham they are going to make him one of the legends of Ghana Boxing. He thanked Dr. Arthur and others who have supported the budding champion.

In an exclusive chat with West AustralianTony Tolj, he said Plange is on the list of 60 boxers whom they are managing and promoting to become world champions.

Jessie Manyo Plange won silver at the 2007 All-Africa Games and participated at the 2008 Summer Olympic Games and the 2006 Commonwealth Games.

He has been booked for Best Boxer in Ghana in 2020.sa