Talking-Points From The Bundesliga Weekend 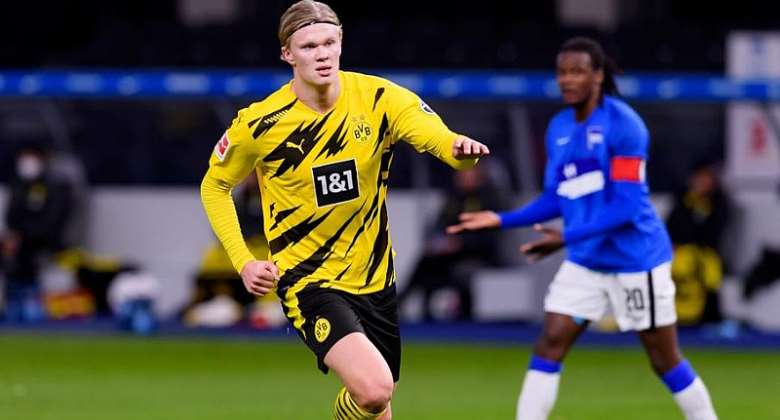 Erling Haaland Â© Gallo Images
When Borussia Dortmund striker Erling Haaland was taken off in the 85th minute of their 5-2 win at Hertha Berlin, even his coach Lucien Favre had lost count of the number of goals he had scored.

"He asked me 'did you score three goals?' and I told him 'no, four goals. Only four because you subbed me off'," Haaland joked.

The Norwegian's four-goal performance was just what his team needed following their 3-2 home loss to title rivals Bayern Munich last time out and ahead of Tuesday's Champions League group game against Club Brugge.

The 20-year-old Haaland also became the youngest player in Bundesliga history to score four times in a game and broke Uwe Seeler's long-standing record of 20 goals in his first 22 matches, by scoring 23.

"Erling is at the start of his career. He is just 20 and we should not forget it," Dortmund sports director Michael Zorc said. "The boy has no fear."

Bayer Leverkusen keeper Lukas Hradecky will long remember his team's 2-1 win over Arminia Bielefeld after scoring a bizarre own goal following his attempt to kick the ball away.

Instead, he sliced it horribly into his own net to gift the hosts a surprise equaliser. Luckily for the keeper, Aleksandar Dragovic snatched an 88th-minute winner for Leverkusen.

"I was the idiot in the game. That is why I say thank you Drago for helping me today. I don't know what happened to my feet," Hradecky said.

Champions Bayern Munich have defensive problems ahead of their Champions League game against RB Salzburg on Wednesday with Lucas Hernandez doubtful following an injury sustained in the 1-1 draw against Werder Bremen.

Fellow defender Niklas Suele surprisingly never made the squad for the game, with coach Hansi Flick citing a lack of fitness, while contract extension talks with fellow defender David Alaba have collapsed.

The Bavarians were already without injured defender Alphonso Davies.