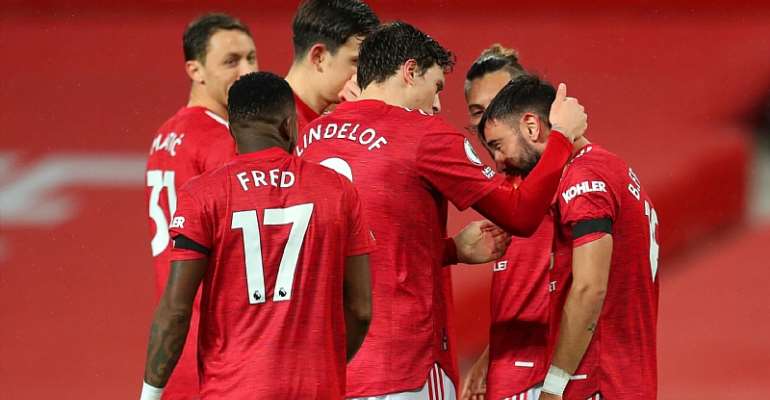 For the most part, United were easily contained in the first half, their passing and movement far too slow. Every now and again their decent players would combine for moments of quality, and Anthony Martial missed a huge chance to open the scoring after one such passage, but Sam Johnstone, returning to the club at which he learnt the game, made a brilliant save. And, on the odd occasion West Brom went forward, they looked capable of finding a goal of their own.

The game was settled in a crazy 10-minute period after half-time.

First, the referee decided Fernandes had fouled Conor Gallagher inside the United box, pointing to the spot, only for him to change his mind after viewing video footage, then he gave United a penalty when Juan Mata’s cross hit Kyle Bartley’s arm. Johnstone saved his first effort, but a replay showed he left his line before the kick was taken, and Fernandes made no mistake the second time.

Though Callum Robinson later hit the bar, United hung on for their first home win of the season.