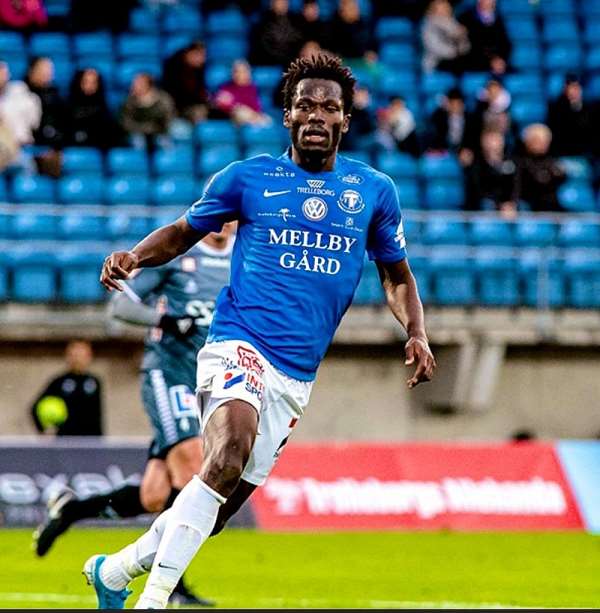 Ghana international, Abdul Fatawu Safiu climbed off the bench to score on Saturday afternoon to earn an important 1-0 win for his Trelleborgs FF side in the Swedish Superettan.

In a Matchday 28 fixture of the 2020 football season against Dalkurd FF at the Studenternas IP grounds, the former Asante Kotoko attacker missed out on a starting role but was named on the substitute bench.

Following a goalless draw in the first half, the home team was handed a chance to take the lead in the 66th minute when they were awarded a penalty kick.

The 26-year old had an impressive game and went on to score in the 90th minute with an assist from Mäns Soderqvist to power his team to a 1-0 win over Dalkurd FF.

With today’s equalizer, Fatawu Safiu now has 6 goals after featuring in 26 matches for Trelleborgs FF in the Swedish Superettan.