Do Ghana’s Black Stars Returnees Still Have Something To Offer? 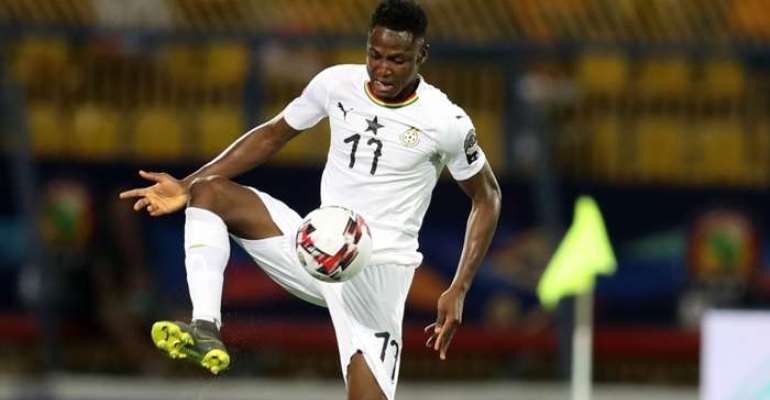 Following a mixed international break in October, as Ghana were outclassed by Mali and then thumped lowly Qatar, CK Akonnor has rung the changes.

The Black Stars are gearing up for an Africa Cup of Nations qualifying double-header against Sudan, in a pair of fixtures that will have a massive influence over their hopes of reaching the 2022 Afcon.

If Ghana play as they did in the 3-0 loss to Mali, then they may have trouble against the Falcons of Jeddiane, although a quartet of old heads have been brought back into the side to help boost the Stars’ hopes.

Will each of the foursome still have something to offer the Black Stars?

It’s a mystery that Schlupp, a Premier League winner no less, has enjoyed such a limited international career.

Despite his versatility, his qualities, and his successes, he’s made just one international appearance in the last three years—against Mauritania in a friendly last year—and has rarely commanded a regular role in the side.

He has too much to offer, at least as an option within a squad, not to play a key role for the Black Stars across this next international cycle.

The Sudan games are an opportunity for him to reaffirm his value.

The most noteworthy returnee of the crop, Baba gets yet another opportunity to rebuild his international career, having last been named in the squad for the 2019 Africa Cup of Nations.

Before returning to the fold last summer, he hadn’t featured for the Black Stars since early 2017, when he suffered a horror injury while on international duty at the Afcon in Gabon.

Since then, the left-back’s career has nosedived; he’s currently playing with Chelsea’s second team, with no one looking like saving him from his Stamford Bridge purgatory anytime soon.

At least a recall for the Sudan double-header gives Baba another chance to state his worth for the West Africans.

Even though Akonnor brought dual-nationality centre-back Alexander Djiku of Strasbourg, he’s still turned to the past when it comes to selecting his defence for the upcoming double-header.

Boye last played for Ghana at the 2019 Africa Cup of Nations, and despite his advancing years, his leadership and commanding presence in the backline will be key as the Stars look to avoid the kind of defensive malaise that characterised that first half against Mali.

Despite being 33, Boye is still a Ligue 1 regular, and Akonnor can’t overlook a player featuring at this high level.

The right-back returns to the fold for the first time since featuring against Ethiopia in 2018, and it’s been a long time in the wilderness for one of Ghana’s genuine stalwarts of this century.

Afful continues to perform at a high level in Major League Soccer, and netted in Columbus Crew’s 2-1 defeat by Orlando Soccer City on Thursday, having contributed an assist in the triumph over Philadelphia Union at the start of November.

Approaching a century of Ghana caps, his experience cannot be questioned, while the 34-year-old will represent a figure of security in this much-changed Black Stars squad.