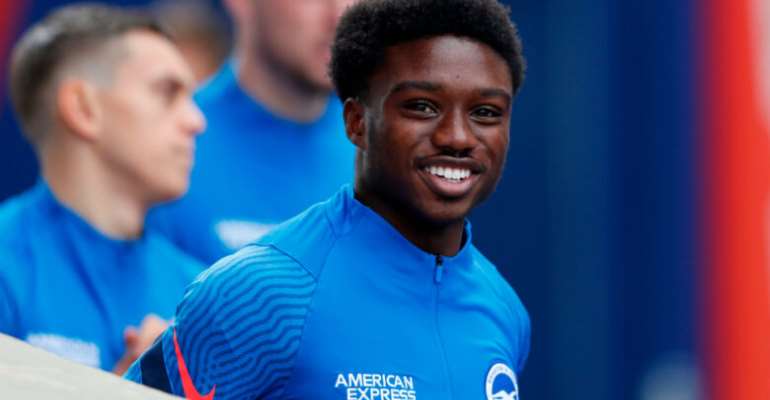 Brighton are hoping to tie Tariq Lamptey down to a new contract already amid reported interest from Bayern Munich.

The former Chelsea right-back has excelled at the Amex Stadium this season since leaving west London in January after just a handful of senior appearances.

According to reports from Germany, Bundesliga champions Bayern were interested in his services in the summer, while LaLiga giants Sevilla have also made tentative enquires.

And The Sun reports that the Seagulls want to open negotiations with Lamptey over drastically improving his current £14,000-a-week deal plus bonuses.

The 20-year-old, who plays for the England Under-21 side, has three years to run on his current deal and has become an integral part of Graham Potter’s side already.

His pace, bravery and football IQ make him an ideal player for a multitude of positions at potentially some of the biggest clubs in the world.

Writing in his Sunday Times column, Rooney said: “Personally, if I were doing their recruiting, as well as that No.9 I’d go for another centre-half to partner Harry Maguire and try for Brighton and Hove Albion’s Tariq Lamptey, who looks a brilliant attacking right back.

“While Aaron Wan-Bissaka has done OK defensively, you want United full-backs to put the opposition on the back foot when the team have the ball and I don’t think he does that.

“Luke Shaw can at times but you always worry from a fitness point of view whether he can do it for 90 minutes so I think full back is an area where United could really improve.

“The game has changed and where before your full-backs didn’t have to be attacking players, they just had to provide overlaps and be an option, nowadays they have to play a full part going forward — flooding the gaps when wide strikers such as Rashford come in from the sides.”

Ethiopia says army in control of Tigray capital as more rock...
48 minutes ago