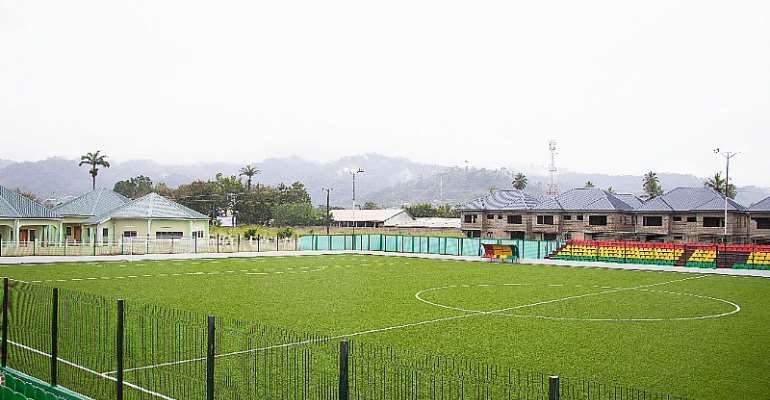 The Minister for Zongo and Inner City Development, Mustapha Hamid has inaugurated an astro turf at Kyebi in the Eastern Region.

Government is constructing 10 astro turf pitches across the regions to aid in sports development.

The edifice becomes the newest addition to government’s ‘one constituency one astro turf’ program which also has edifices in Madina, Walewale and Kumasi.

Member of Parliament for Abuakwa South, Samuel Atta-Akyea, was part of the dignitaries present at the handing over ceremony.

Akufo-Addo not bound to nominate recommended MMDCE hopefuls ...
48 minutes ago