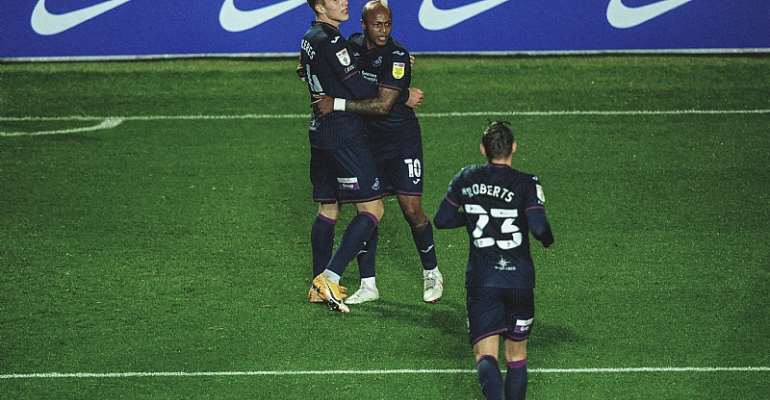 Forward Andre Ayew continued his fine form this season on Tuesday night as he found the back of the net to salvage a point for Swansea City in their game against Coventry City.

The Ghana attacker has featured in 5 games for the Swans in the English Champions this season and earned another starting role earlier today when the team visited the St Andrew's Trillion Trophy Stadium to take on the Matchday 6 opponent.

In a game where Coventry City scored first through Jordan Shipley after 19 minutes of play, it took an equalizer from Andre Ayew to save Swansea City from suffering a second defeat in the space of 4 days.

The Black Stars captain combined with Jake Bidwell in the 41st minute before seeing his effort find the back of the net of the home team.

With 90 minutes today, Andre Ayew merited a high rating of 7.3 from top statistics providers SofaScore for his impressive efforts.

Andre Ayew’s goal today means that he now has 3 goals in the English Championship this season plus an assist.

His Swansea City outfit remains a candidate for promotion at the end of the 2020/2021 football season but needs to start winning games continuously or risk missing out.