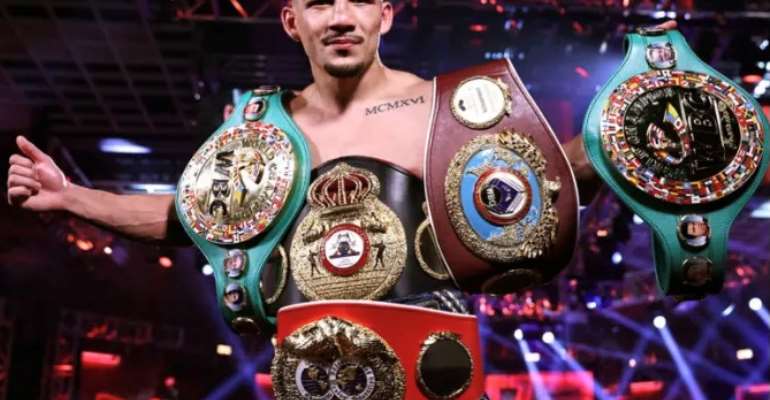 We have a new lightweight king. At just 23 years old, Teofimo Lopez became the undisputed lightweight champion of the world by dethroning Vasiliy Lomachenko over 12 tense rounds inside the MGM Grand Conference Center in Las Vegas on Saturday night.

Lopez becomes the youngest fighter to become a four-belt champion since the WBO was founded in 1988.

The bout was dominated early by the boxing of Lopez, who controlled the centre of the ring by using his educated left hand and then hit Lomachenko with well-placed body shots that had the smaller boxer backing up.

Lopez (16-0, 12 KOs) built a big lead on the scorecards as he was able to neutralize the graceful movements of Lomachenko (14-2, 10) behind that jab. For most of the first half of the fight, Lomachenko just moved around the ring and did very little offensively. It was clear the technical acumen and poise of Lopez was vastly underrated. For long stretches of the bout he was actually outboxing the master boxer.

Yet Lomachenko didn’t give up without a fight. As the fight entered the late stages, Lomachenko, sensing he was behind, began to ramp up the pressure and started to close the gap on Lopez. He struck him with quick, laser-like left hands that slowed the momentum of Lopez. To his credit, Lomachenko put together a late rally in the championship rounds.

But if a late statement was needed by Lopez, it was made in the 12th and final round. Despite Lopez’s father saying he had the fight won entering the last round, Lopez kept the pressure on and got his hand moving, landing several significant power shots that halted Lomachenko in his tracks. Only a clash of heads that caused a gash over Lopez’s left eye stemmed the tide.

“I’m a fighter,” Lopez said after the fight regarding the 12th round. “I gotta dig in deep. I knew he was coming. I didn’t know if they had him up on the scorecards or not, and I love to fight. I can bang, too. I don’t care, man. I’ll take one to give one. That’s what a true champion does. I find a way to win.”

This round was a late exclamation to what was a sterling performance by a young man who fulfilled the destiny of his outspoken father, who prophesied that not only would his son win a world title by his 15th fight, but he would topple a boxer many consider the best in the sport by his 16th.