Mosimane Off To Winning Start At Al Ahly 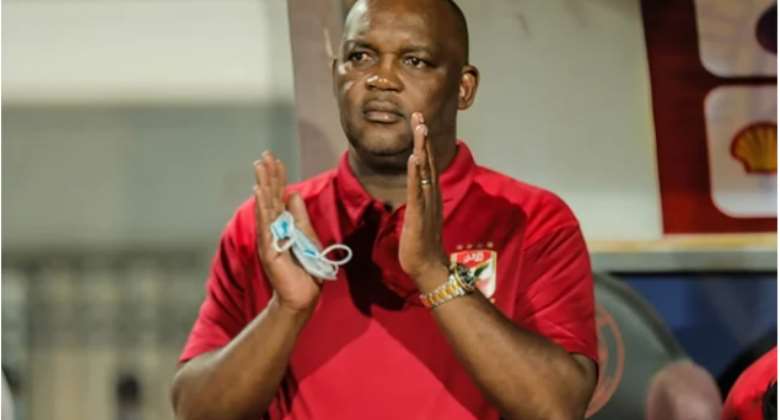 Former Mamelodi Sundowns coach Pitso Mosimane got his Al Ahly career off to a flier as he guided Egyptian giants to a narrow 1-0 win over Mokawloon SC at the Cairo International Stadium on Sunday.

The match got off to a nervy start for Mosimane’s charges who were forced to substitute goalkeeper Mohamed El-Shenawy after he suffered an injury in the 28th minute. However, a first-half goal from the penalty spot by Amr El Solia was enough to secure maximum points for the Red Devils.

Speaking to the club after the match coach Mosimane expressed his delight at the result giving some insights on his approach and wished his goalkeeper a speedy recovery.

“I am very pleased after today's win as we succeeded to defeat a tough opponent as they depend on the counter-attacks. Each game has its own conditions and tactics, so we prepare for each one individually,” said Mosimane on the club’s official Twitter account.

"El Shenawy is a very important player and we are suffering from several injuries, so I wish him a speedy recovery" added the new Ahly coach.

The more we sink into debt and become poorer, the more money...
23 minutes ago