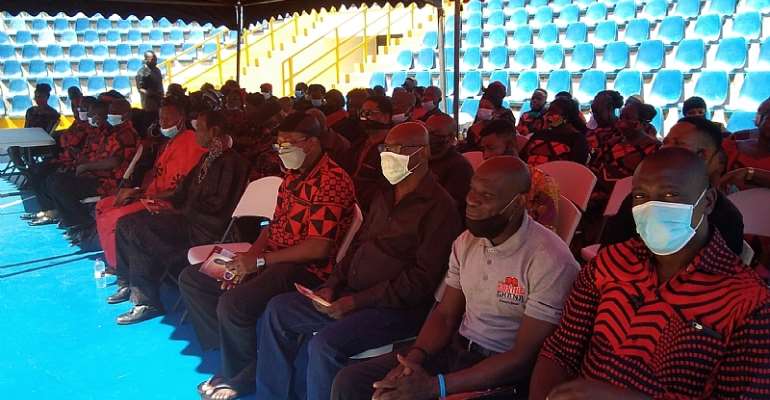 Among the personalities who graced the service were HE Ray Quarcoo, former Ghana Amateur Boxing President, Peter Zwennes, GBA President and other executives of the boxing body in Ghana, Ike ‘Bazooka’ Quartey, Prof Azumah Nelson, Mr, Yoofi Boham, J. A Annan, Ataa Eddie Pappoe and Dr Ofori Asare were among the guests present.

The Minister of Youth & Sports was represented by the PRO and chief accountant of the Ministry.

While the service was going on proceeding happening in far away Bronx, New York, USA, where he was buried, with Rev Prof. Ebenezer Annor of the Trinity Presbyterian Church officiated was monitored live.

The 52-year-old boxing whiz kid was one of the nation’s finest boxers. He represented Ghana at the 1988 Olympic Games in South Korea and robbed of a medal due to injury.

Known to be one of the most skilful boxers, he defeated Rafael DelValle of Puerto Rico on 30th July 1994 to win the WBO title in London. He also won the Commonwealth, World Boxing Federation (WBF) InterContinental Lightweight titles.

Reports indicate Ghana’s fifth world title winner was unwell for some months, and on life support until his death.

He left behind a wife and four children; Derrick, Darius, Darling and Deborah.

Six die in accident at Hemang after car crashed into wrongly...
22 minutes ago