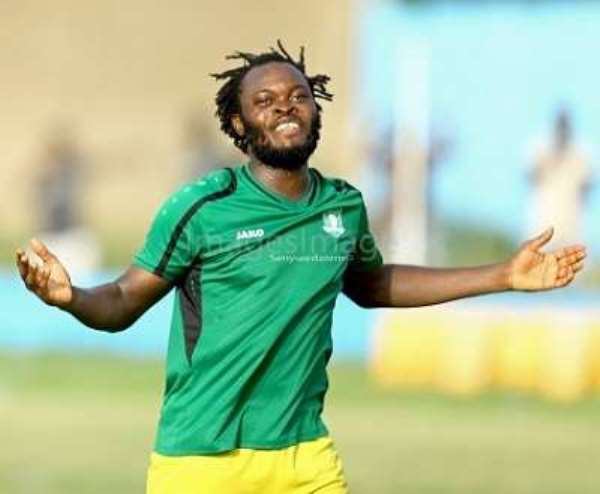 Aduana Stars striker, Yahaya Mohammed has indicated that he is at peace with his exclusion from the Black Stars team for the upcoming international friendly game against Mali.

Earlier this year in March, the experienced forward earned an invite to the senior national team of Ghana ahead of an Africa Cup of Nations (AFCON) qualifier game against Sudan.

Unfortunately, the Coronavirus pandemic forced the postponement of the clash, leaving Yahaya Mohammed and 3 other local players who were invited to the Black Stars team to miss their chances of fighting for a place in the team.

With Ghana set to take on Mali in a friendly game in Turkey in October, Coach CK Akonnor has named a new squad but this time around with no local player included.

Speaking to Pure FM, Yahaya Mohammed has welcome the decision from the Black Stars head coach. According to him, he wouldn’t want to play for the team at a time when he is not in his best form.

“I would have only accepted to be part of the call-up if the coach CK Akonnor could assure me of keeping me at the bench because if I play and fail to deliver, it will block my chance and the chances of other local players' in the future”, the Aduana Stars forward shared.

According to him, he would have boldly told the coach to take him out of the squad even if he was handed a call-up for the October 9th Mali friendly.