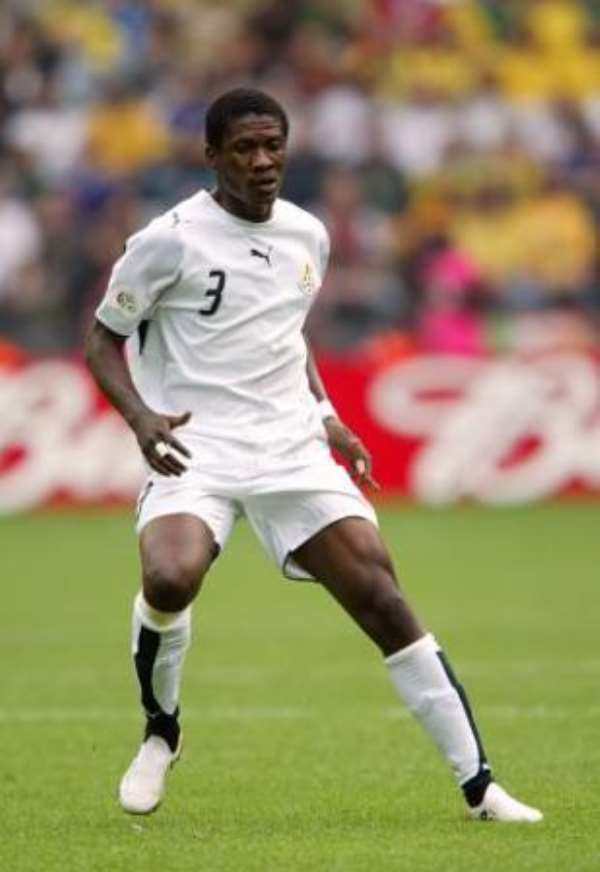 Black Stars' striker Asamoah Gyan, facing a barrage of criticisms over his lack of sharpness in attack, and a possible threat to his position, responded with decisive swiftness and class to silence his critics and remind Coach Claude Le Roy that he remains his number one striker .. at least for now.

He appears to have secured his position with his favourite No. 3 jersey in Le Roy's team next month when Ghana takes on Australia in an international friendly at Loftus Road in London, leaving the coach to look for other attacking options to complement the young Udinese striker, particularly as the Frenchman seeks to implement his attacking philosophy with a 4-2-1-3 system.

Probably more infamous for wasting scoring opportunities than his ability to convert scoring chances, Gyan turned on the style last Sunday in Seoul when he scored a brace against South Korea as the team ended their two-match assignment in Asia with a 3-1 victory.

Against Japan last Wednesday, Ghana looked up to the youngster for goals but he messed up several scoring chances and was overshadowed by newfound striker, Junior Agogo, whose pace, control and positioning earned him praise and positioned him as a real threat to Gyan, particularly after first choice striker Matthew Amoah recently underwent surgery on a recurrent knee injury that has ruled him out of action for the next few months.

The Stars' 3-1 victory last Sunday was a re-enactment of their pre-World Cup friendly with Korea, then coach by Dutchman Guus Hiddink, when Gyan opened the floodgates with Michael Essien and Sulley Muntari scoring in the June 4 game in Edinburgh, Scotland.

This time, it was Gyan and Essien who led the rout and dominance in the Koreans' own backyard under the guidance of Le Roy.