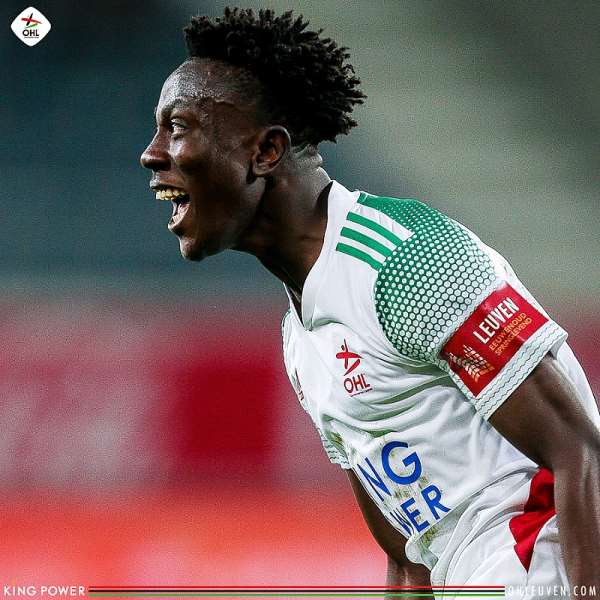 Ghanaian forward, Kamal Sowah has noted that he is pleased his brace against KAA Gent on Saturday helped his OH Leuven outfit to cruise to a 3-2 win.

Due to his explosive start to the season, Kamal Sowah earned a starting role to help his team chase the away win yesterday during a Matchday 7 fixture in the Belgian Pro League.

The forward put up another outstanding display and managed to find the back of the net twice.

First, the 20-year old scored on the 41st minute after he was assisted by Xavier Mercier to shoot OH Leuven into the lead.

With Mathieu Maertens doubling the lead for the visitors right before halftime, Kamal Sowah would later return from the break to score after just 3 minutes into the second half to complete his brace.

In a post on his Twitter page today, the youngster has expressed his delight to his performance as he rallies his teammates to keep up with the momentum.

“What a game yesterday from the whole team!!! Couldn’t be more pleased to grab two and take all 3 points!!! We fought until the final minute, let’s keep it going boys!!!!!”, Sowah’s post read.

This season, Kamal Sowah has featured in all 7 games for his team and now has 3 goals to his name.