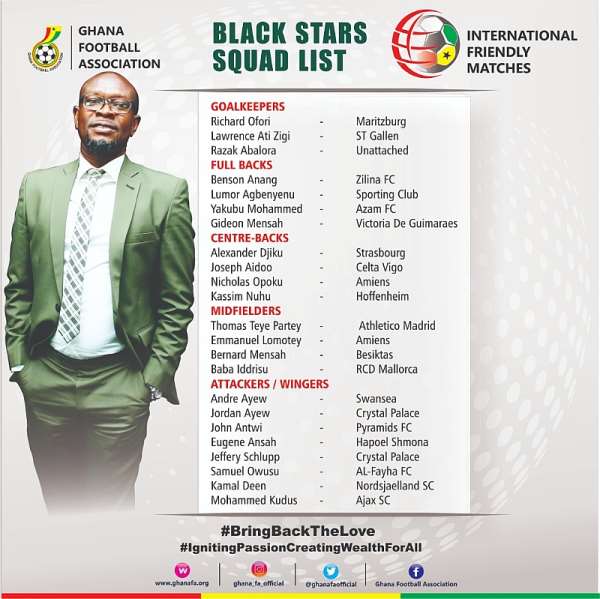 The head coach for the Ghana senior national team, Charles Kwablah Akonnor has named his squad for the team’s upcoming friendly game against Mali next month.

The former Asante Kotoko coach was appointed to the position as the head coach for the Black Stars team earlier this year in January as he replaced Coach James Kwesi Appiah.

With the Coronavirus pandemic pushing back his first game in charge of the Ghana team, coach CK Akonnor has finally caught a break and will have a chance to be in the dugout for the first time on October 9.

Ahead of the Mali friendly game scheduled to be played in Turkey, the gaffer has announced his squad at the Ghana Football Association (GFA) Secretariat this evening.