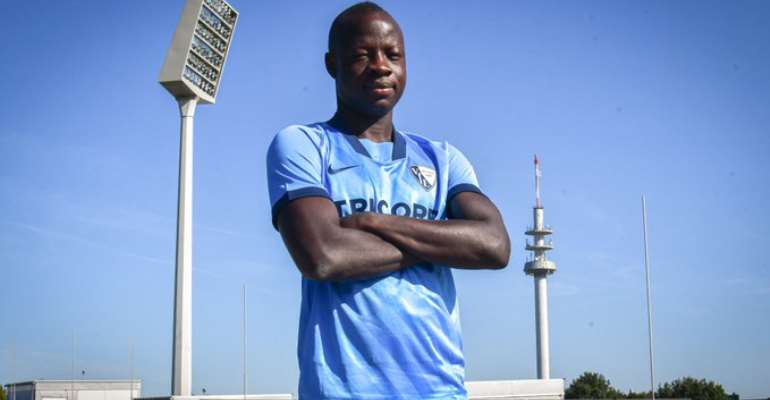 Ghana international Yusif Rahman Chibsah has completed his move to German outfit VfL Bochum to give the team a squad boost for the upcoming football season.

After a decent stint in the German Bundesliga 2 last season, the Bochum-based club is now hoping to challenge for promotion to the Bundesliga.

Ahead of the start of the 2020/2021 German Bundesliga 2 season, the club has signed Yusif Rahman Chibsah on the back of successful negotiations to give their team a major squad boost.

"VfL Bochum 1848 has signed the Ghanaian midfielder Raman Chibsah. The 27-year-old last played for the Turkish Süper Lig club and is moving to Castroper Straße free of charge”, a club statement from the German club has said today.

During the 2019/2020 football season, Yusif Rahman Chibsah spent the campaign in Turkey with Gaziantep FK.

He made a total of 28 appearances in the Turkish Super Lig and managed to impress with 2 goals.

Check out photos of Yusif Rahman Chibsah after sealing the deal to VfL Bochum below: