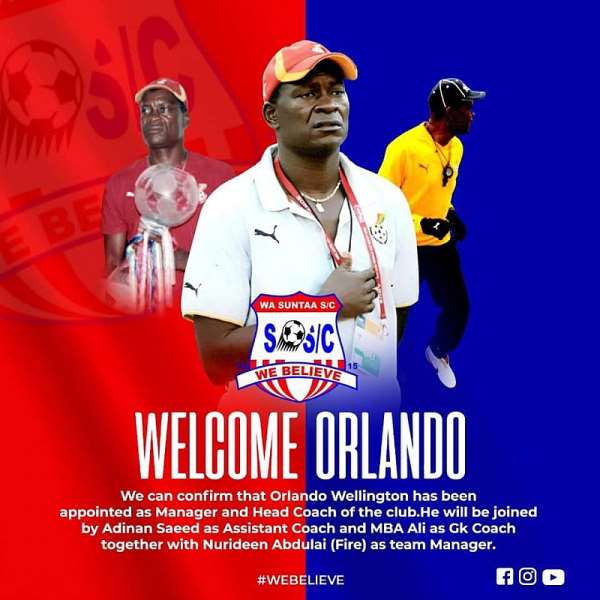 National Division One League club, Wa Suntaa SC has appointed Orlando Wellington as its new head coach as they prepare for the next football season.

The lower-tier club in the off-season has made steps to put their house in order before football returns in the country in the midst of the Coronavirus crisis which forced the abrupt end to the 2019/2020 season.

Just last month, Wa Suntaa SC announced the appointment of a 6-member management committee to help in running the affairs of the club.

Following several talks and consultations, the Division One club has now confirmed the appointment of Orlando Wellington as its new head coach.

The experienced tactician in the past worked with Berekum Chelsea where he led the team to the Ghana Premier League title in 2011.

The former Ghana U-20 assistant coach will be working with Adinan Saeed as his deputy while Nurideen Abdulai plays the role of the team manager.