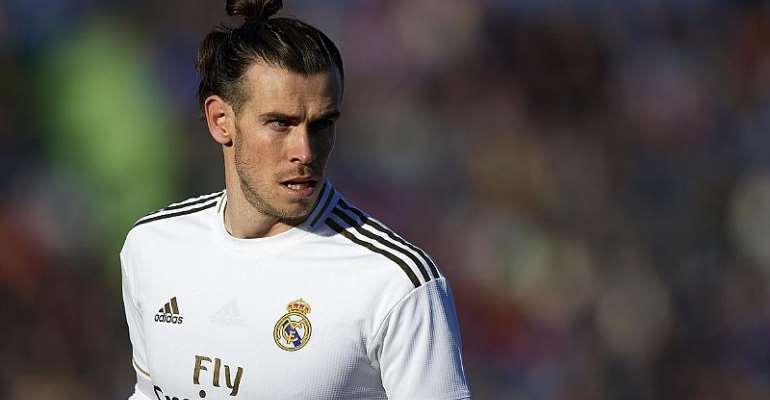 Gareth Bale is to return to Tottenham, where he scored 26 goals during the 2012-13 campaign

Real Madrid forward Gareth Bale is set to fly to England on Friday to complete his return to Tottenham Hotspur.

A deal for Wales international Bale, 31, to rejoin Spurs on loan from Real Madrid is still being negotiated.

Talks between the clubs are progressing positively and as long as they are concluded in the same manner, Bale will travel to London.

He is understood to be training on his own at Real on Thursday and awaiting the outcome of negotiations.

Bale originally joined Spurs from Southampton in 2007 before moving to the Spanish giants for a then world record £85m in 2013. He has gone on to score more than 100 goals for Real and won four Champions Leagues.

Barnett said: "Gareth is closer to leaving Madrid than at any time in the last seven years. We are still negotiating. We shall see how it goes."

Spurs boss Jose Mourinho refused to speculate on the discussions saying: "He is a Real Madrid player and I don't comment on players from other clubs. I have to respect that. It's better not to speak.

"I tried to sign him for Real Madrid, which was not possible to do during my time there. But the president followed my instinct and my knowledge and the season I left he brought Gareth to the club. It's not a secret, even Gareth knows that."

In July 2019, Real cancelled a deal for Bale to join Chinese Super League club Jiangsu Suning, and he played 20 times for the Bernabeu club last season.

Tottenham were beaten 1-0 at home by Everton in their first game of the new Premier League campaign on Sunday.