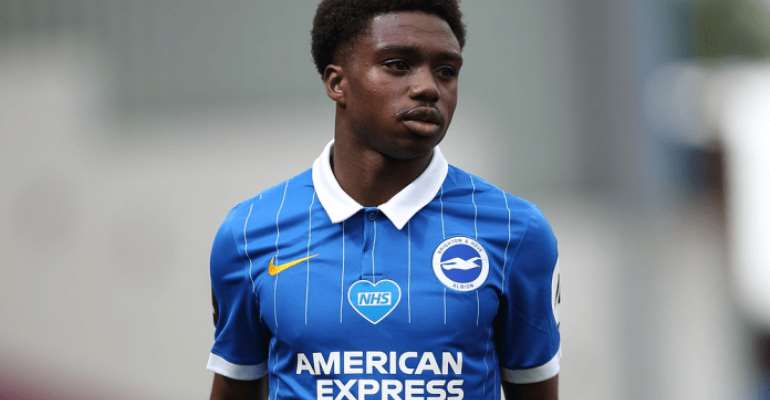 Executive Council member of the Ghana Football Association [GFA], George Amoako says they are in talks with English-born Ghanaian player Tariq Lamptey to play for the Black Stars.

The 18 year old who came through the ranks of Chelsea academy was named the man of the match against his former side when Brighton and Hove Albion hosted Frank Lampard's side at the Amex Stadium on Monday night.

Lamptey assisted Brighton’s only goal as they succumbed to a 3-1 defeat but his exciting play didn’t go unnoticed.

Capped by England at the juvenile level, Tariq is eligible to feature for the Three Lions as well as the Black Stars.

According to the GFA Executive Council Member, George Amoako, the national team’s department has already initiated the process for getting Lamptey to opt to play for Ghana at international.

“In fact when I was watching him (Tariq Lamptey) on TV…the first thing I did was to call a couple of people and it was clear that he will be a good player for our national team, the Black Stars,” Amoako told Nhyira FM.

“it is not going to be easy. The national teams department is making serious efforts to get his parents and the boy to agree to play for Ghana.

“Most of the (Ghanaian) players born in Europe, if you want to entice them to come and play for Ghana, it is very difficult. They mostly aspire to play for their country of birth or host countries. Even their parents don’t opt for their children playing for Ghana,” he concluded.