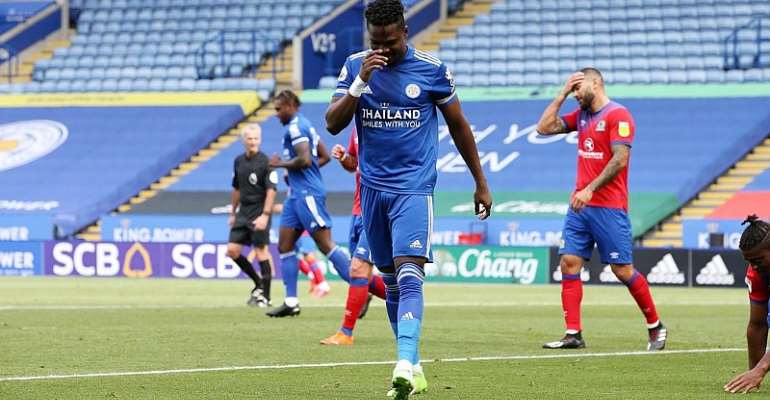 The Foxes hosted Blackburn at the King Power in a match that ended 1:1 with the Ghana international scoring in the 67th minute for the Leicester City before Derrick Williams equalised for Blackburn eight minutes from time.

Amartey has struggled for game time at the club following an ankle injury he suffered in a 1-1 draw at home to West Ham United on October 27, 2018.

The 25-year-old did make attempts for a comeback, first being an unused substitute in a third-round 4-0 EFL Cup victory at Luton Town on September 24, 2019, before getting involved with the reserves in December.

He was, however, not able to make any first-team appearances for the 2019-20 season which Leicester finished in fifth place after holding onto third place for much of the campaign.

“They're a team that will be up challenging in the Championship next season.

"It was always going be a really good test for us, but I'm pleased for the likes of Daniel Amartey coming back, in his first game in a long time,” Rodgers said on the club website.

Leicester will hope to book a Champions League spot this season starting with an away Premier League trip to newly-promoted West Bromwich Albion next Sunday.