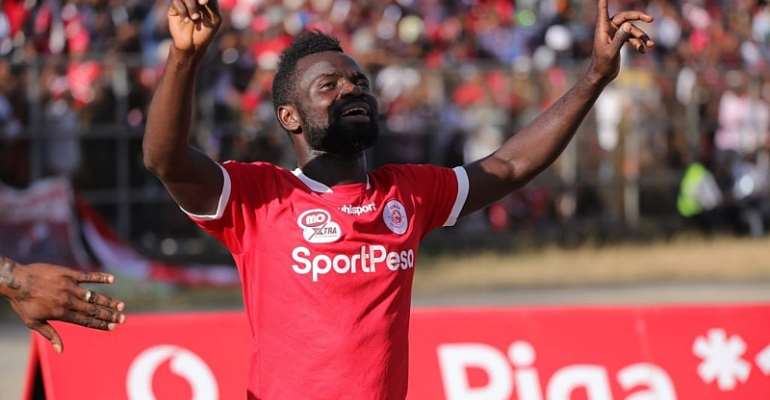 Ghana forward Bernard Morrison featured for Simba SC on Saturday as he helped the team to record a 2-1 win on the road against Ihefu FC in the Tanzanian Premier League.

The former Orlando Pirates forward recently joined the Tanzanian giants from Yanga SC in controversial circumstances on the back a fallen out with the club.

After impressing in a few games before the opening weekend of the 2020/2021 Tanzanian Premier League season today, Bernard Morrison deservedly earned a starting role in the Simba SC team that faced Ihefu FC.

A good start to the encounter saw the visitors taking the lead after just 11 minutes of play when John Bocco scored with a good effort.

Four minutes later, the home team replied with an equalizer from Omary Mponda to restore parity. Unfortunately, Simba SC had too much firepower and pushed for the second goal before going into the break.

A classy goal from Mzamiru Yasin on the 43rd minute served as the winning goal as the home team was condemned to a narrow defeat on Matchday 1.

Bernard Morrison made quite the impression and will eye getting on the scoresheet in subsequent games.