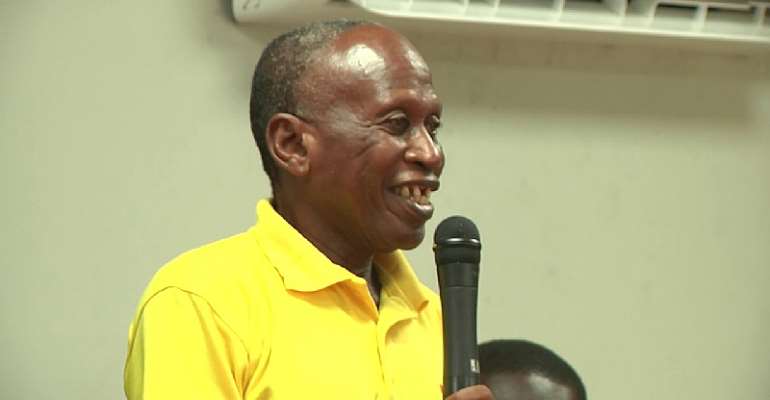 Asante Kotoko legend, Rev Osei Kofi has revealed that a staunch supporter of the club once presented his son for human sacrifice to restore the club's good fortune.

Osei Kofi, who spent 14 years with the club between 1961 and 1975 won several laurels with the club winning the 1970 African Cup of Champions Clubs [now Caf Champions League], a year after scoring four times to become the first Ghanaian to score four goals in a Caf inter-club game.

Speaking to Angel FM in an interview, the Ghana football legend urged upcoming players to serve Kotoko with their heart when they are given the opportunity.

"Anyone who will come to Kotoko, the advice is to come and serve rather than coming to make a fortune because if you serve well, you will get the wealth you desire," Kofi said.

"I remember we lost about three successive games during my time with Kotoko and one supporter who was a huge admirer of me and Wilberforce Mfum approached us.

"He came to insult us as to why we will be there for other clubs to come and disgrace Kotoko. We intentionally told him that we are not the cause but we've gone to seek spiritual help and we've been told to perform a human sacrifice before the club can start winning games.

"The man went away and came back after three days with his son and asked us to use his son for the sacrifice so the club can start winning games again."

After the 1970 feat, Kotoko won the cup for a second time in 1983 and have since struggled to lay their hands on any continental title.

The Porcupine Warriors' closest opportunity to ruling Africa once again in recent times was in 2005 when they lost in the 2004 Caf Confederation Cup final to country rivals Hearts of Oak.

On the domestic scene, the club has lifted the Ghana Premier League (GPL) title more times than any other side, clinching the royal diadem on 23 occasions. Their last title remains a 2014 success.