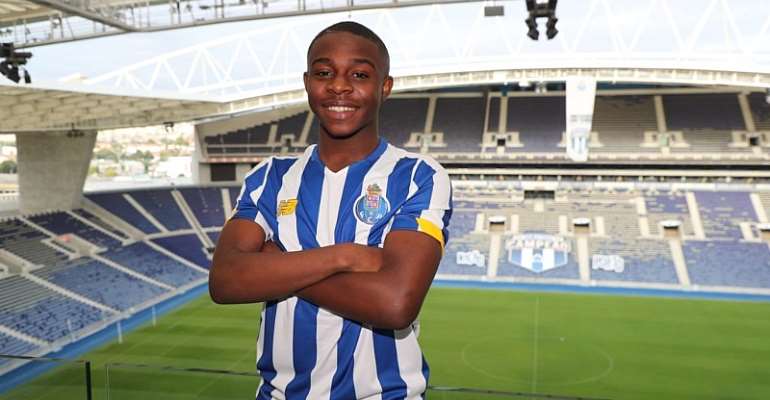 Baker-Boaitey joins the Dragons on a long-term deal as a free agent after passing a mandatory medical examination on Tuesday.

The 16-year-old was linked with several elite European sides including Bayern Munich and Borussia Monchengladbach after failing to leave English side West Ham United last term.

Sérgio Conceição's men are reported to have paid only £200,000 compensation fee to the Hammers.

The Bavarian giants were said to have finalized a deal with the budding attacker after he visited the club training ground last month.

The nimble left-footed starlet has already been touted for greatness due to his promising outings with the West Ham United U16 side.

Benicio Boaitey will be drafted into the FC Porto U17 team to aid his development.

He is still eligible to play for Ghana despite featuring for the England U16 side.