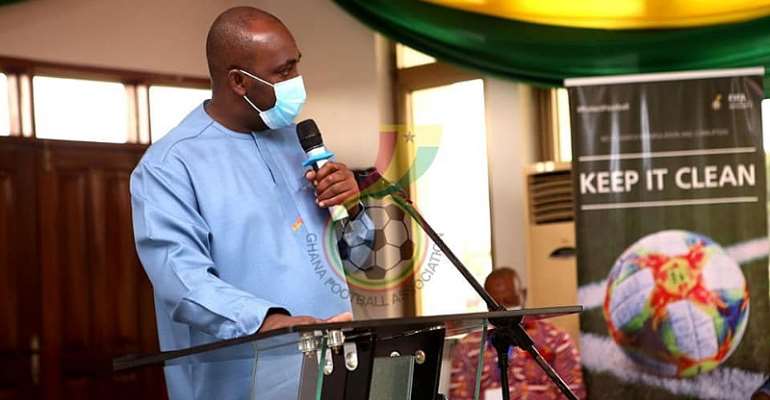 According to him, the GOC President was very instrumental in spearheading the brokerage of the Youth Employment Agency (YEA) relief package which 1,000 sportsmen and women including 500 female footballers are going to benefit.

The Minister for Youth and Sports advised stakeholders of football to be guided by sanctity, integrity, and the image of the game in their dealings to attract interest from investors.

In the midst of a lack of massive investment from corporate bodies, several football administrators continue to tarnish the image of the Ghana FA, leaving doors to potential investments shut.

Speaking at the well attended Congress which took place at the Technical Centre of the Ghanaman Soccer Centre of Excellence, the Sports Minister stressed the importance for all stakeholders of the game to desist from destroying the image of the football governing body.

“When you damage the brand it affects you. It is critical, the branding of football is your job and it's my job”, Isaac Kwame Asimah told delegates.

He expressed, “We need to make the game more attractive so that we can get the kind of investment that we need, the support from corporate Ghana that we need. So I urge all of you to be guided by these 3 key principles; sanctity, integrity, and the image of the game”.

The Minister reiterated government's resolve to intensify sports infrastructural development across the country to boost development and promotion of all manner of sports including football in the country.

Currently government of President Akufo-Addo is constructing 10 multipurpose stadiums and renovating all dilapidated ones.

The GFA president Kurt E.S Okraku also bemoaned the constant image tarnishing of some club owners and appealed for an all-hands on deck approach to develop football in the country,

Ejura probe: Ministerial Committee presents its report to In...
28 minutes ago