I Had To Relocate From My House Due To Threats, Says Naa Odofoley Nortey 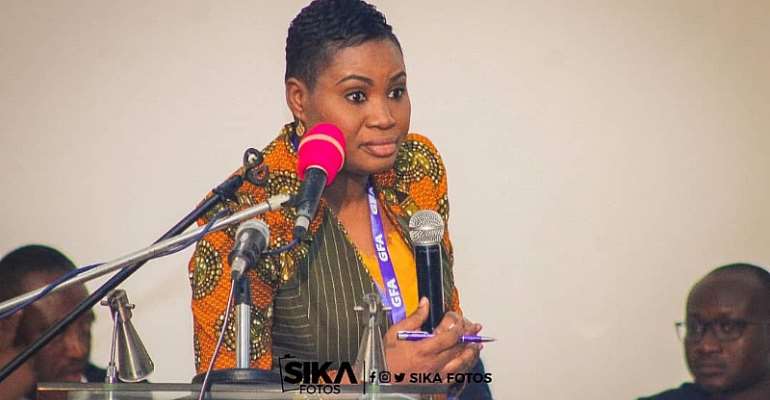 A member of the Normalization Committee, Naa Odofoley Nortey has revealed that she had to temporarily vacate from her home due to threats on her life.

The four-member committee was subjected to criticism from some football persons who were unhappy with their work.

According to her, days before the Ghana Football Association [GFA] elections in October 2019, she decided to move away from her home as the threats were getting more ‘ridiculous’.

In an interview with Accra based Angel FM, the threats, she says were extended to her parents who were at some point worried for their lives but described the threats as ‘surprising and appalling’ and wondered why people would go to such extents for a ‘mere’ GFA elections.

“Unfortunately, I heard those messages and it was appalling. I am capable of fighting my own battles. I have ways of dealing with such people. Spiritually, I’m a Catholic so I could have fought that as well. I heard those shameless threats but I ignored them”.

“During the election time, I had to move into a client’s apartment at Cantonment. The threats were getting ridiculous so I had to move. We can agree to disagree but not threats”, she said.

Odofoley was part of a four-member committee that administered the FA from September 2018 to October 2019.

The Kofi Amoah-led committee exited the scene after successfully handing over to Kurt Okraku who won the FA elections in October.