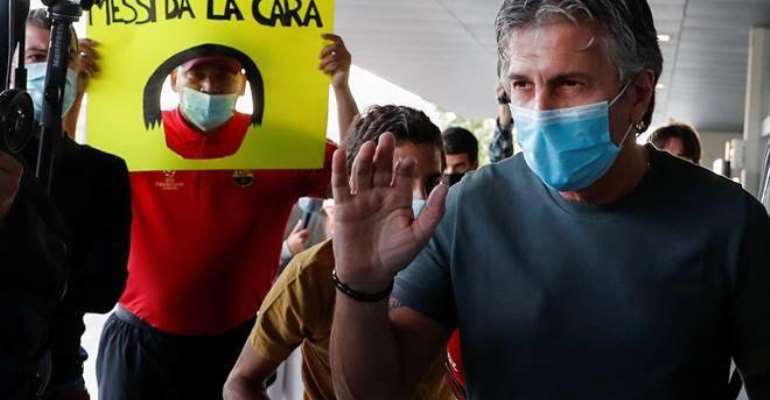 Jorge Messi arrived back in Spain from Argentina on Wednesday

Messi, 33, told the Spanish club last Tuesday that he wants to end their 20-year association this summer.

Spanish football journalist Guillem Balague says there was no resolution on Wednesday and expects more talks.

"I think at some point we'll enter the agreement phase and Messi will leave," he said.

But Messi and Barca are in dispute over a clause in his contract and if he is not entitled to a free transfer, City would need Barca to accept far less than his buy-out clause of 700m euros (£622m).

"They (City) really want to get this to work," Balague told BBC Radio 5 Live. "It's just that the numbers have to match."

A clause was inserted in Messi's contract, which runs to 2021, relating to his ability to leave Barca on a free transfer. The clause stated he could leave if he informed the club before 10 June, a date which was intended to be the end of the season.

However, the coronavirus pandemic meant the 2019-20 campaign extended to 23 August, two days before Messi announced his intentions.

Group demand justice for Fulani who died under mysterious ci...
15 minutes ago