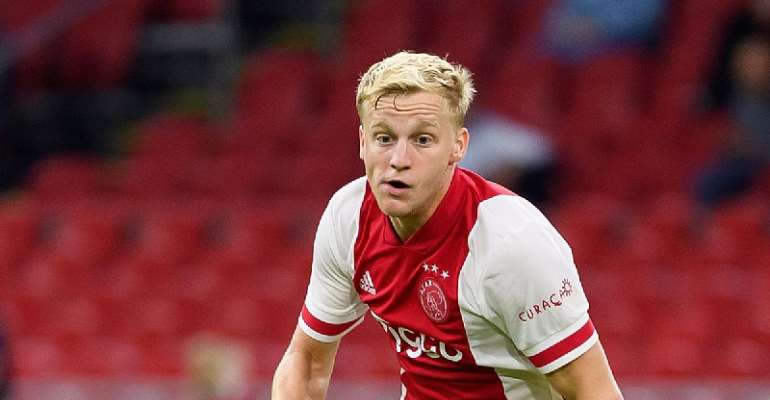 The midfielder moves to Old Trafford for a fee thought to be in the region of €39m - plus another €5m in add-ons - and has signed a contract until June 2025 after completing a medical in the Netherlands on Monday.

The 23-year-old will travel to the UK after his country's Nations League games against Poland (September 4) and Italy (September 7). The completion of the deal before those fixtures means he will not need to self-isolate for 14 days.

United had scouted Van de Beek extensively, with the player left out of Ajax's squad for the Dutch champions' friendly with Eintracht Frankfurt on Saturday amid rumours of an imminent move away.

Van de Beek helped Ajax reach the 2018-19 Champions League semi-finals, scoring four goals along the way and 41 in all competitions over the last three seasons.

He had been repeatedly linked with a move over the past few months, with Ajax chief executive Edwin van der Sar revealing in May the midfielder would be allowed to leave, but only for a suitable fee.

The player was also close to joining Real Madrid prior to the coronavirus pandemic but did not undergo a medical or sign an agreement with the club.