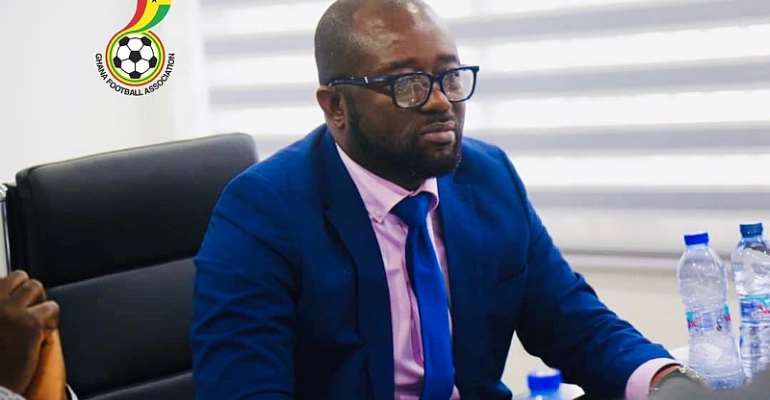 The President of the Ghana Football Association (GFA), Kurt E.S Okraku has stressed the refereeing is a top priority for his administration.

Ghana football has suffered in the past as a result of bad officiating motivated by bribery and corruption of the adjudicators.

With the coming into office of the new Ghana FA administration, they have taken key steps to ensure it becomes a thing of the past.

From the setting up of a refereeing structure, Kurt Okraku and his executive council have overseen the conducting of several courses for the referees.

Speaking at the closing ceremony of the FIFA MA’s Instructor’s course, the GFA President has emphasized the readiness of his administration to take refereeing to the next level.

“Refereeing is a top priority of this administration and you can see clearly that we are leaving no stone on unturned in ensuring that we bring refereeing to the level that it belongs”, he said as quoted on the website of the GFA.

Kurt Okraku continued, “One of such policies is the Catch Them Young Refereeing Policy which is geared towards preparing a new generation of referees in this country.

“When we invest in the young boys and girls and we give the right training and the right values they will not depart from it when they get older. We have invested in communications gadgets and we intend to invest more in addressing the needs of referees”.

Police beef-up security at traffic intersections over daylig...
50 minutes ago