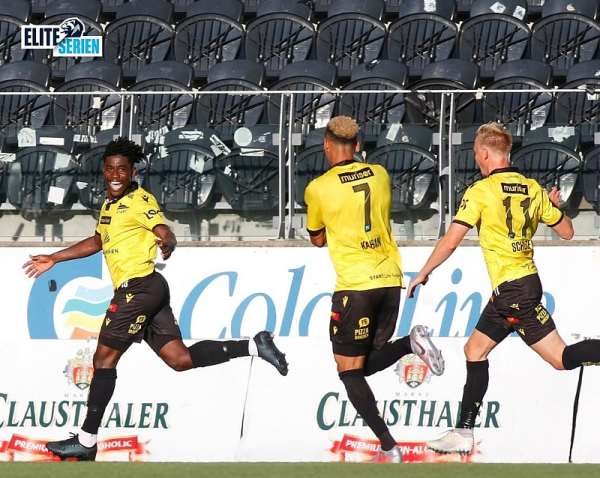 Ghana international Isaac Twum emerged as the hero for IK Start on Sunday as he scored to power the team to a crucial 1-0 win against Aalesund in a league encounter.

The two clubs were in action yesterday for a Matchday 17 meeting of the ongoing 2020 Norwegian top-flight league season.

Having been handed a starting role for IK Start, Isaac Twum continued his fine form this season and managed to put up another stellar display.

His goal on the 29th minute propelled his team to a narrow win against Aalesund at the end of the 90 minutes at the Soer Arena.

After earning high-ratings, Isaac Twum went home with the ‘Man of the Match’ award for earning his team the maximum 3 points.

Watch the Ghanaian's goal below: