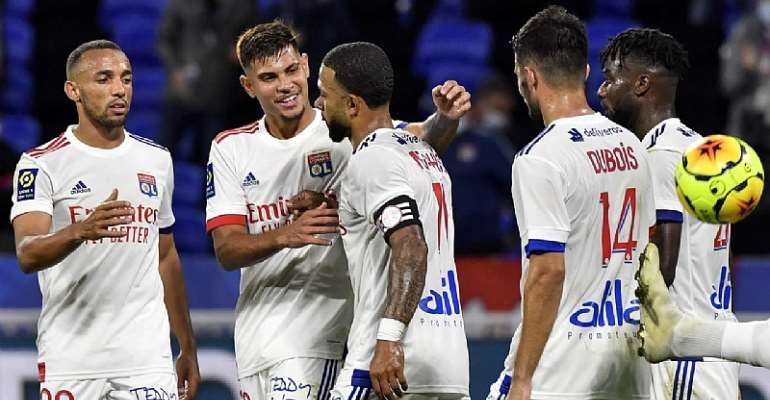 Dutch forward, Memphis Depay netted a hat-trick on Friday night to steer Olympic Lyon to a big 4-1 win against Dijon in the French Ligue 1.

After a good performance in the 2019/2020 Uefa Champions League season, the Lyon-based club has started off a new season in the domestic league.

At the Groupama Stadium, the team played as a host to Dijon in a Matchday 1 fixture of the French Ligue 1. Following a slow start to the game, the away team took the lead courtesy a 14th-minute strike from Aurelien Scheidler.

After going behind, a 5-star performance from striker Mephis Depay turned the tide in favor of Olympic Lyon.

First, the 26-year old converted a penalty on the 39th minute to draw level for his team before he netted his second of the day in added time of the first half.

In between those two goals though, Dijon defender Wesley Lautoa scored an own to send Lyon into the break leading 3-1.

Memphis Depay will return from the break to convert another penalty on the 66th minute to complete his hat-trick.

That equalizer summed up an outstanding performance on a good night to earn Lyon a deserved 4-1 win. The hat-trick hero who is of Ghanaian descent earned a high rating of 9.2 from SofaScore at the end of the match.