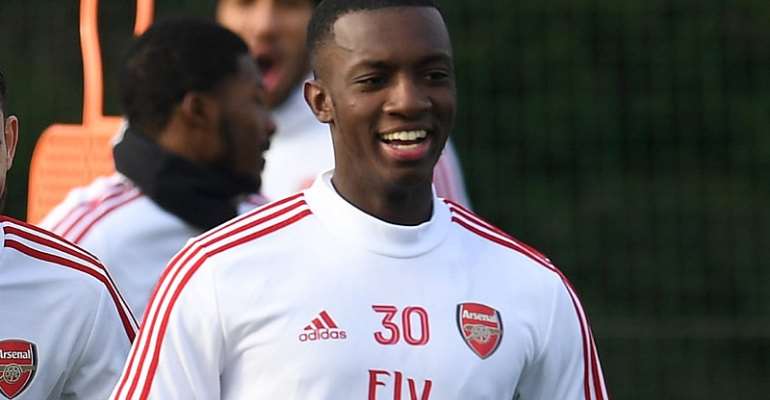 Akonnor, 46, has been tasked by the Ghana Football Association [GFA] to win the next edition of the Afcon and qualifier the country for the 2022 World Cup when he replaced Kwesi Appiah earlier this year.

To achieve his objectives, the former Asante Kotoko coach in his recent interview with the media suggested that he determined to build a team with the inclusion of new faces to argument his squad.

In the same interview, Akonnor hinted that the Ghana FA are in talks with Eddie Nketiah to play for the Black Stars.

“Our major objective is to win a trophy so it’s a key agenda for every coach,” Nii Lamptey told Peace FM.

“Every coach has his philosophy but I believe you must have a large pool of players so that in case a player is unavailable, you can easily replace him.

“It has been a long time since we won a trophy so winning it is important but having a good team will help you during tournaments.

“CK is now building his team so he will use a lot of methods. Selecting new players is the right thing because in case of anything, it will help him get some replacements. It’s a good decision that he is starting with that.”

Akonnor will have his first taste of match action as Ghana boss in November when the Black Stars face Sudan in an AFCON qualifying double-header.

'Get rich quick' attitude among the youth eroding moral fabr...
46 minutes ago