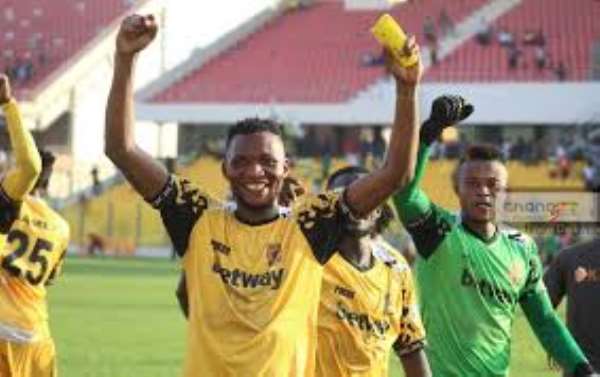 Kumasi Asante Kotoko has agreed on a deal to secure the services of midfield powerhouse Latif Anabila to give the team a squad boost ahead of the 2020/2021 football season.

The 26-year old joined Obuasi Ashanti Gold SC in 2018 from Tunisia outfit Club Africain. Since then, he has established himself as one of the best players in his position in the local league.

Prior to the suspension of the 2019/2020 Ghana Premier League season, Latif Anabila attracted interest from Kumasi Asante Kotoko after earning admiration from the head coach of the Porcupine Warriors, Maxwell Konadu.

In the midst of the canceled football season and the appointment of a new club CEO, the Reds have returned to the negotiation table to price away the midfielder.

Reports coming in today has disclosed that after successful talks, a deal has been reached for the player to join Asante Kotoko in the ongoing transfer window.

If things go as planned, an official statement should come from the Kumasi-based club in the coming days.